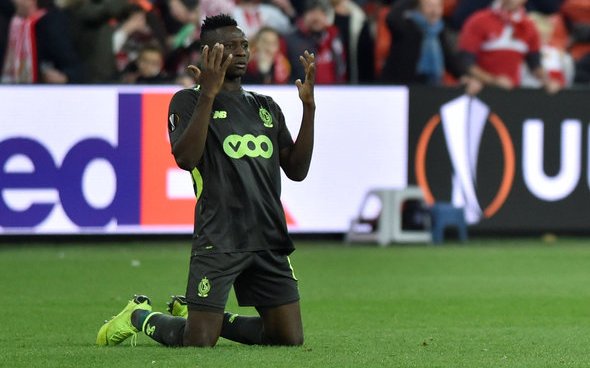 In the Saints’ last Premier League fixture, they had to settle for a dramatic point at Newcastle, with James Ward-Prowse scoring a 96th-minute penalty after the Magpies had stolen a lead only five minutes earlier.

However, the game may have had a different look altogether had Djenepo not missed from close range when the score was still 0-0 – in a moment which has been described by manager Ralph Hasenhuttl as ‘unbelievable‘.

The winger would then go on to waste another key opportunity later on in the game. While discussing Djenepo on the Total Saints podcast, De la Cour described the misses and explained how they just seem to sum the player up.

He said: “How can you miss that first one? That’s unbelievable. So he takes the first one first-time and spoons it over the bar.

“And the second one, which he needed to take first-time, he went into full ‘spamming the buttons on a PlayStation’ mode and trying to do seven stepovers and pirouettes and whatnot before he sticks in the net.

“He is such a frustrating player, because you know there’s a player in there.”

Djenepo joined as a highly-rated young winger from Standard Liège in 2019 and happened to be Hasenhuttl’s first signing at the club.

When he arrived, Djenepo looked full of promise, having scored 11 times for his former side as he helped them come third in the Belgian first division.

In the time since, the player has shown glimpses of his potential – even having one strike nominated for the 2019/20 Premier League goal of the season.

However, with just four goals in 54 Saints appearances, his inconsistency is plain for all to see.