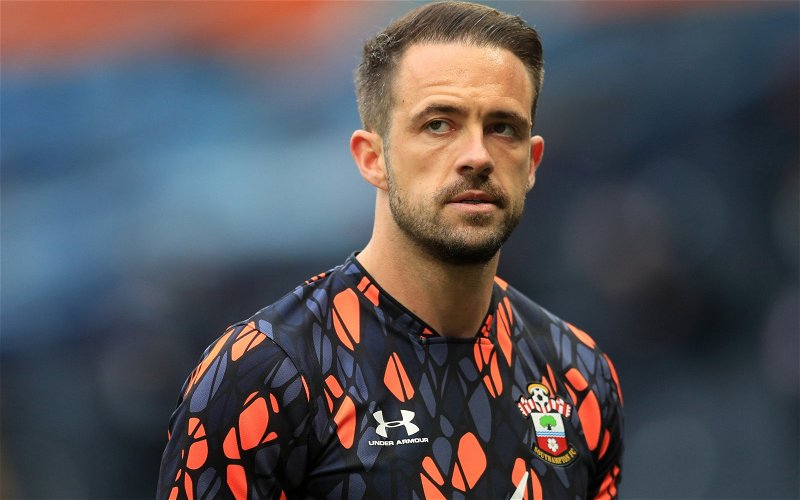 Journalist Dan Sheldon has offered some insight into how the sudden sale of former Southampton man Danny Ings occurred.

Last week, Aston Villa announced the signing of Danny Ings from the Saints for a reported fee of £30 million.

The deal came as a shock to many, but now some new information has been shared which helps explain why everyone, including Southampton, were caught out by the transfer.

Speaking on the Total Saints Podcast, Sheldon explained that Villa were actually after Chelsea’s Tammy Abraham, but turned to Ings due to financial reasons.

Sheldon said: “48 hours before Ings joined Aston Villa, nobody at Saints was expecting him to leave. They just didn’t think it was going to happen.

“Aston Villa thought they were getting Tammy Abraham. And then I think when the figures were presented in front of them, thought that’s actually rather a lot of money.”

Sheldon explained the club didn’t want to sell Jack Grealish until they had a striker coming in, and so they quickly bid for Ings.

The bid was more than enough for Southampton, as Sheldon continued: “[Southampton] were surprised when they made that offer in terms of how much it was, because I know of another Premier League club that offered less than half of that.”

With Villa receiving so much money for Grealish, it should come as no surprise that the Midlands club would soon be splashing their cash on new signings.

Even so, £30 million does seem a lot to spend on a 29-year-old with just 12 months left on his contract. Saying that, Ings did manage nearly a goal every other game for the Saints, so he may end up being worth every penny.

Villa’s failed pursuit of Abraham does, however, raise questions over the Chelsea man’s future. Romelu Lukaku looks destined for a return to London, and so the English forward may yet find himself at a new club.

The key for Southampton will now be to replace Ings, and with days to go before the season’s kick-off, perhaps fans can expect his successor to arrive fairly soon.