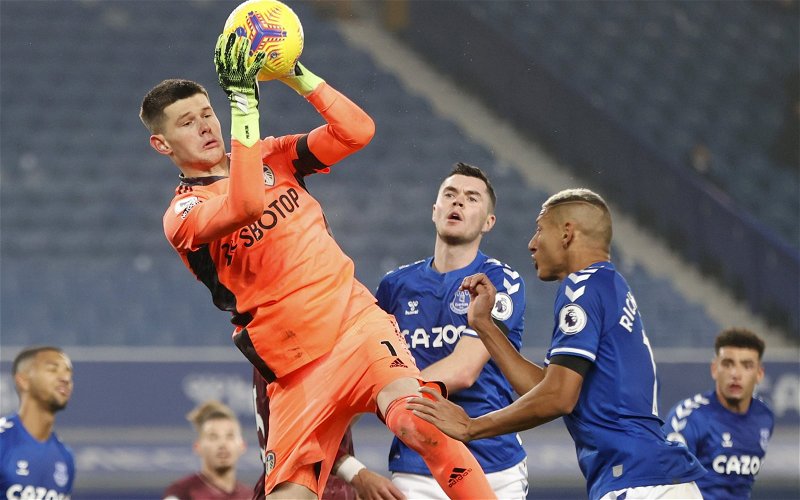 Twenty-year-old Klaesson completed his move to Elland Road from Norwegian side Valerenga, penning a four-year contract with the Whites.

Klaesson featured 14 times for Valarenga in Eliteserien last season, taking his total number of matches for the club’s first-team to 57, with the shot-stopper keeping 13 clean sheets in the process.

And Norris believes the two goalkeepers will provide good competition for one another, telling This is Futbol: “I mean sometimes you have keepers who don’t mind being number two’s and are happy to almost play that second fiddle.

“It’s hard because you’re only getting a chance if someone gets injured or has a really bad run of form.

“This one looks like he would be more, from what I’m seeing, someone who’s going to really push you and as a number one, not just be your backup.”

Alongside Klaesson’s arrival, Leeds have made three other signings with Junior Firpo, Lewis Bate and Jack Harrison all making permanent switches to Elland Road.