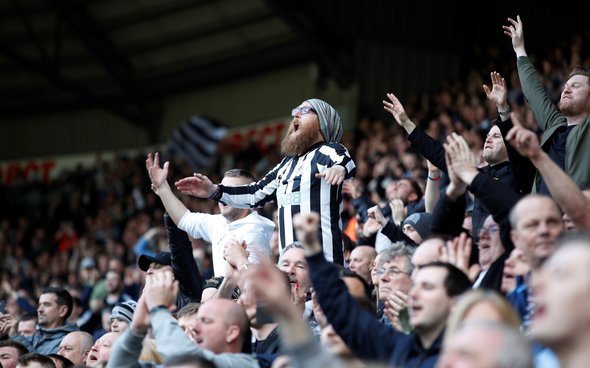 Newcastle United fans have been reacting to claims about the club and how they are conducting their transfer business this summer.

It’s not been a very big summer for Newcastle United this window, with just one transfer going through that has actually involved fees changing hands, with the vast majority of them being loans or free transfers.

Writing in an article for local newspaper The Chronicle, journalist Mark Douglas explained how the club has been conducting its business throughout the window, as he revealed the club are one of a number that are using a site called TransferRoom, a site described in the article as ‘the eBay of football’, explaining that: “Player availability push notifications and online sales pitches to clubs mean deals can be done much, much quicker.”

The news was relayed to Newcastle United fans both by @ChronicleNUFC and Douglas himself on social media for fans to react to, and it’s fair to say that they were not impressed with what they read:

“eBay just about sums our club up Mark.”

@paulwallsend
“What’s the point in scouting if we don’t sign anyone? Genuine question.”
@ToonMouthTyne
“Great. Bargain bucket scouting system to go with everything else”
@StagnatingNUFC
“Must be out of service is it?”
@chrisdown15
“Is this like the car boot sale of transfers?”
@Hawaay61
“Why? We don’t buy any players.”
@Axcrazy1

Whether or not this system will come out with any decent signing suggestions before the window closes is a different matter, and perhaps after the window is closed, Newcastle fans will be able to give a fairer assessment of things once they know what deals have been completed.