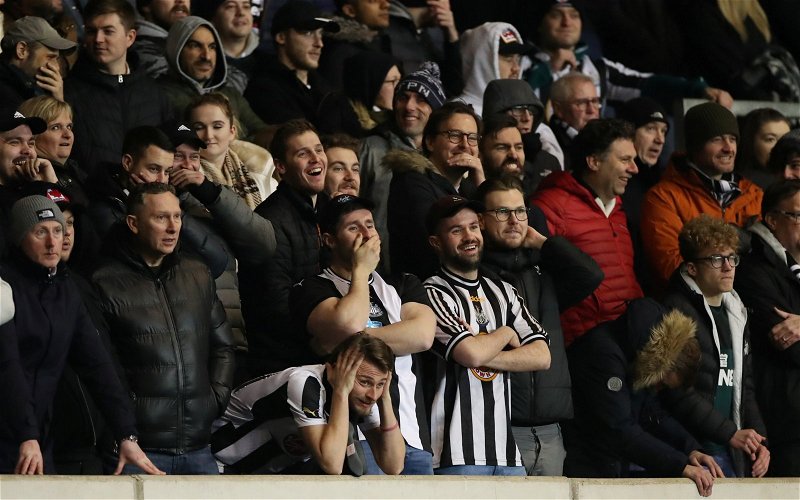 Newcastle United fans have reacted with anger after the Premier League’s chief executive Richard Masters sent a letter regarding the club’s failed takeover.

Last September, the Premier League rejected a takeover bid for Newcastle United made by the consortium fronted by Amanda Staveley.

Masters recently replied to Labour MP for Newcastle Central Chi Onwurah, after she had sent him a letter last month asking for transparency over the Magpies’ takeover arbitration.

In his letter, he said: “I would like to make it clear, in response to your suggestion of rumoured club involvement in this process, that this is absolutely not the case.”

Details of his response have emerged on Twitter and Newcastle fans were quick to respond.

Here’s what Newcastle these fans had to say…

@Eski_Boi_
“Time to give up on this and move on in my opinion.”
@leehal
“Amazing how he’s managed to write “NO COMMENT” using this many words.”
@leethario

“Don’t like the part about the OADT was recently updated, ie we’ve now moved the goalposts.”

@bignes1080
“Has someone told Masters it’s 2021 the absolute clown’s foot.”
@eddygraham39
“It is waffle, but the month and a half to reply is bonkers.”
@FrostedSixteen
“A lot of words that effectively say nothing. Are we surprised? No.#nufctakover #NUFC”
@nonsocialsteve

A consortium – which included the Public Investment Fund of Saudi Arabia (PIF) – had agreed to a £305m deal with Mike Ashley to buy Newcastle in April 2020.

A reported combination of piracy and governance in Saudi Arabia supposedly caused the bid to fail. However, there are some who feel the ‘big six’ got involved and pressured the Premier League into vetoing the takeover.

It’s clear that many of these Newcastle fans believe the latter.