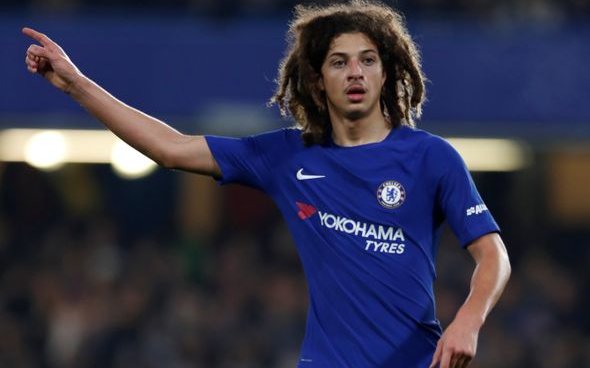 Newcastle United fans have reacted online following a development in the story which has seen their club linked with a Chelsea player.

The Northern Echo claims the Magpies have made a loan enquiry about Ethan Ampadu, with the Chelsea youngster expected to leave Stamford Bridge in the next two weeks.

The article explains that manager Thomas Tuchel will allow the Welsh international to pursue a season-long loan deal and Newcastle could be his destination.

It had been reported that the club were also weighing up a move for Chelsea’s Malang Sarr. However, as Premier League rules state clubs can only sign one player on loan from each club, this new development suggests that Ampadu is the preferred target.

“Imagine trying to sell Schar to fund a loan for him and Choudhury”
@mattsymmonds
“He’s no better than we’ve got and that’s saying something. For me it’s a big no.”
@dukewalk
“Noooooo”
@LukeButler8
“Hideous. Not sure which link is worse, this or the fact Choudhury is STILL mentioned #nufc.”
@FI_360
“This kid must have a great agent because he’s an absolutely garbage footballer.”
@CT22_NUFC
“He’s absolutely awful”
@nathanmoat

Judging from this reaction, a certain section of the Newcastle support would be none too pleased to see Ampadu arrive at their club.

Perhaps a loan deal for Sarr would go down a little better with the Magpies faithful. With not long left in the transfer market, all will be revealed soon enough.