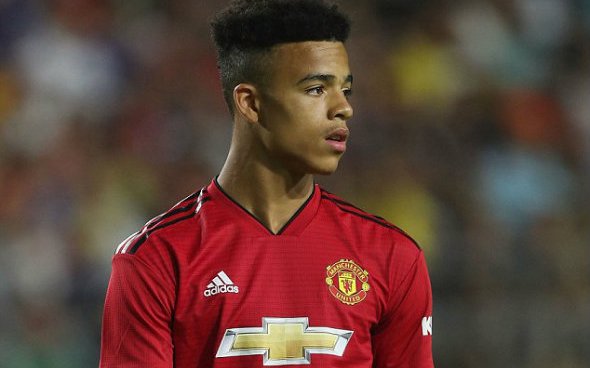 While speaking on The Athletic Football Podcast, Steve Freeth has claimed that Manchester United youngster Mason Greenwood’s best position is not as a centre-forward.

After playing as the main striker and scoring in the Red Devils’ opening-day thrashing of Leeds United, Greenwood was then shunted out wide in favour of Anthony Martial for the next game against Southampton.

The English forward managed to score United’s only goal in the 1-1 draw despite not playing down the middle as he had done the week prior.

However, while discussing the teenager on the podcast, Freeth claimed that Greenwood’s best position is not in fact as centre-forward.

He explained himself, saying: “He’s not a striker. That’s the simple answer.

“His best position is off the right or as a ten. He won’t be a centre-forward for Manchester United this season.

“It might be a little bit controversial with you, pal: he’s not a striker.”

As has been shown by his ability to score from starting in either position, Greenwood certainly knows how to find the net no matter where he plays.

The 19-year-old managed seven league goals last season, and 10 the season before. With two to his name from only two games so far this campaign, it looks as though he could well go on to beat his own league goalscoring record.

However, with Martial starting down the middle in the last game and key striker Edinson Cavani yet to feature in the opening rounds of the season, it looks as though Greenwood may have to settle for a spot out wide in the long term.

Though, if Freeth’s hunch is correct and this is the Englishman’s best position, then he should have no problem doing what Ole Gunnar Solskjaer asks of him.