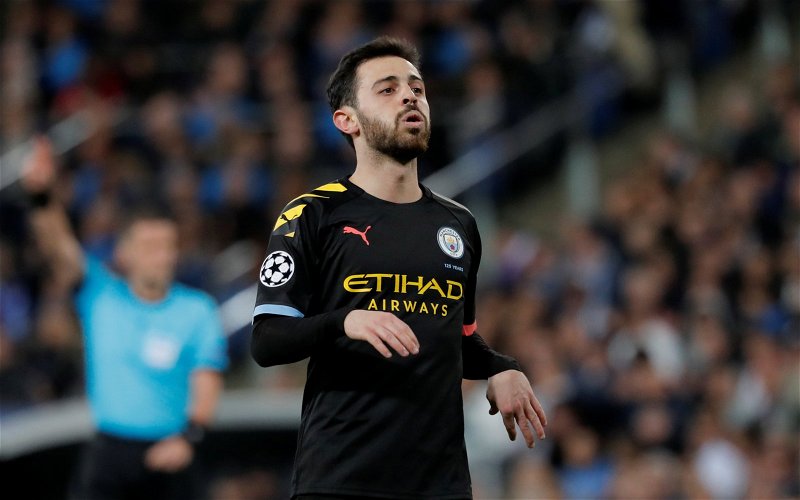 Journalist Sam Lee has provided an interesting update about the uncertain future of a high-profile Manchester City player.

The Athletic writer explained how both Bernardo Silva and Man City are fully expecting the player to leave this summer if the opportunity arises.

While speaking on the Why Always Us? podcast, Lee detailed the 27-year-old’s current situation, saying: “As for Bernardo, I don’t think there’s anything concrete on the table, but he’s certainly planning on going. The club are planning on him going.”

He then went on to explain to say that ‘Bernardo is basically moving out of his apartment’, before claiming the winger had actually been prepared to leave last summer, too.

Lee elaborated: “Last summer, I think his boxes were all packed to go to Barcelona, and it didn’t happen in the end. And that’s why he was kind of gutted and why he still wants to go.

“He is not thinking about staying in Manchester for much longer. That is the plan, for him to go.”

He later concluded on the issue by saying: “It’s very likely that Bernardo’s going to go.”

Silva has enjoyed an extremely fruitful time in England, winning three Premier League titles while at City. But with that success and over 200 appearances to his name, it seems as if he is prepared to part ways with the club.

It has been reported that Silva could be offered to Tottenham in an exchange which would ultimately see Harry Kane go the other way, while Arsenal are also believed to be interested in acquiring the Portuguese international’s services.

However, with Barcelona on his mind last summer, according to Lee, it remains to be seen if Silva would want to stay in England or go abroad.

Though, of course, a move to Barca would seem unlikely considering their well-documented financial issues.