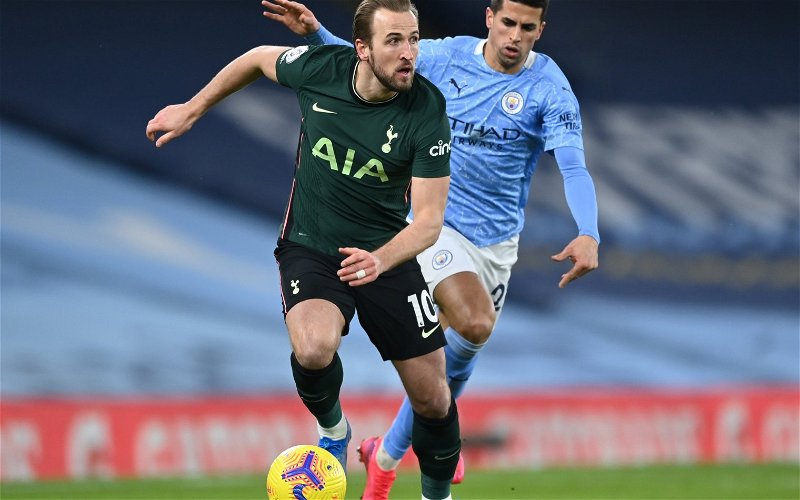 Football writer Sam Lee has dropped a hint in regards to a potentially key part of Manchester City’s transfer plans this summer.

With Harry Kane an obvious target for City at the moment, Spurs may well be on the lookout for a new striker to play as the 28-year-old’s replacement.

In line with this, Inter striker Lautaro Martinez has recently been linked with a big-money move to Tottenham.

While speaking on the Why Always Us? podcast, Lee has suggested that these rumours may reveal a ‘breakthrough’ in the club’s pursuit of Harry Kane.

He explained that soon after he heard the news about Inter agreeing a fee for Martinez with Spurs at the weekend, he began to note a development in the Kane situation.

Lee said: “The latest I heard on Sunday morning – we’re recording this now on Monday morning, and it has not gone much further – was that there’s been a bit of a breakthrough.

“According to one message I got on Sunday, there’s been a breakthrough. But what that breakthrough looks like, we’ll have to see.

“And even if there is something going on this week, they’ll keep it as behind-the-scenes as possible, because Spurs aren’t going to want it to blow up before Spurs play City next Sunday.”

With Romelu Lukaku seemingly close to signing for Chelsea, Spurs interest in Martinez may become harder for the club to act upon.

But even so, if the club were prepared to spend the £60m fee on the Argentine, it does suggest that they could be planning for a future without Kane.

City have already pulled off the impressive coup of Jack Grealish this summer, so if they are to succeed in their pursuit of Kane, it would certainly represent a statement of intent from the club looking to defend their title.