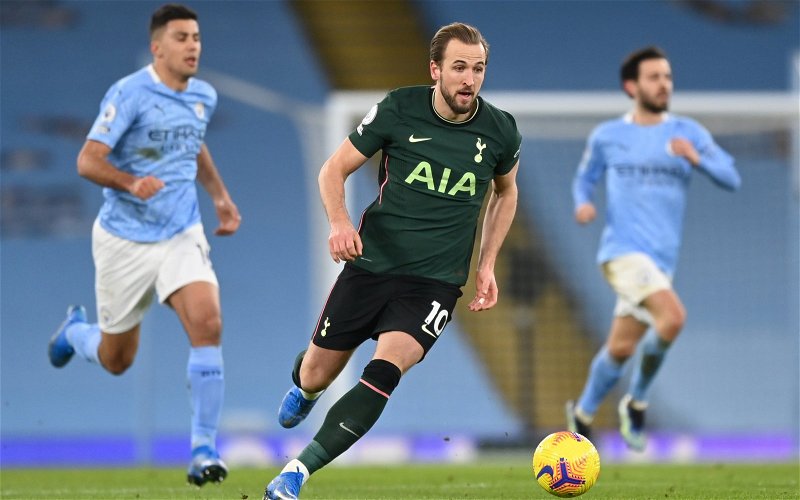 Football journalist David Ornstein has been sharing his thoughts on Manchester City and their interest in signing Tottenham Hotspur striker Harry Kane.

This comes after Ornstein recently made an appearance on Sky Sports News, where he spoke about Kane and a potential move to the champions this summer.

After it was recently reported by the Daily Mail that Pep Guardiola’s side would be reluctant to try and sign Kane next summer if they don’t secure his signature during the current transfer window, Ornstein appeared to back up those claims.

He said: “I don’t think Manchester City will come back in subsequently next summer.

“I think there’ll be different strikers on the market that they might look to go for rather than a 29-year-old Kane – but there will be a market for Kane, with two years to go on his contract, 29; if he’s still scoring goals, he’s still fit.

“We don’t know, a Manchester United, a Real Madrid or Barcelona in a better financial situation and I also think that would be more to Daniel Levy’s liking than selling to Manchester City – and maybe boxing off the competition in English football.”

Given how Kane has a total of 166 Premier League goals to his name from 245 appearances, it’s understandable why City would want to add the striker to their squad after saying goodbye to Sergio Aguero earlier in the summer who himself racked up 184 goals in 275 appearances for the club.

Would you be disappointed if City didn't sign Kane this summer?

Taking into account what Ornstein had to say about City not likely to still be interested in signing Kane next summer, it seems as though they will have to get a move on and pay the money that Daniel Levy is after if they want to sign the striker before the summer transfer window closes at the end of the month or face the prospect of looking for alternatives despite a long, drawn-out chase for his services.

In our view, if City aren’t willing to pay the money for Kane this summer, then they should give up on it and focus on other potential targets sooner rather than later to maximise their chances of getting what they need before the deadline.

In other news: ‘As of now’ – Fabrizio Romano drops Erling Haaland transfer claim at Man City