Exclusive: Pundit certain Liverpool will pay for Youri Tielemans if they really want him 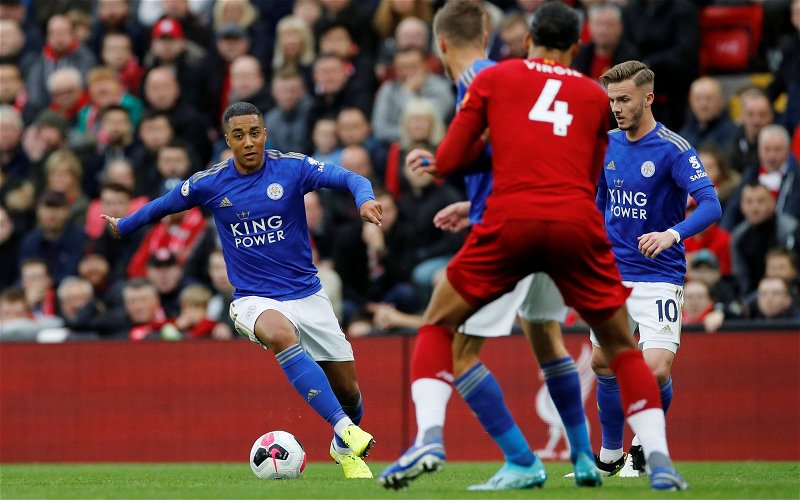 Speaking exclusively to This Is Futbol, former Premier League player Carlton Palmer believes Liverpool will get their wallet out for Leicester City’s Youri Tielemans if they really want him.

Jurgen Klopp could be in the market for a new midfielder following Gini Wijnaldum’s exit and reports suggest Tielemans is a name he likes.

According to James Pearce of The Athletic, the 24-year-old has his admirers at the Merseyside club, though his £60m price tag remains a problem.

Should Liverpool go all out for Tielemans?

From Palmer’s point of view, though, if Liverpool really wanted Tielemans, then they would have no problem with stumping up the cash for the Belgian playmaker.

“That’s just the game and Liverpool know that,” the ex-Leeds United midfielder said in response to the speculation surrounding Tielemans.

“I’m sure they’ll get in a suitable replacement and when they find somebody that they feel they’re prepared to pay that type of money for, I’m sure Liverpool will be prepared to do it. They’ve proven that. I mean, what did they pay for Alisson?”

It looks like Liverpool could lose captain Jordan Henderson in the near future, with The Athletic claiming that talks over a new contract are not going well.

Considering that and Wijnaldum’s move to Paris Saint-Germain, of course, perhaps the Reds do end up making a move for Tielemans.