Leicester City: Maddison set to stay at the club with Arsenal not close to paying transfer fee 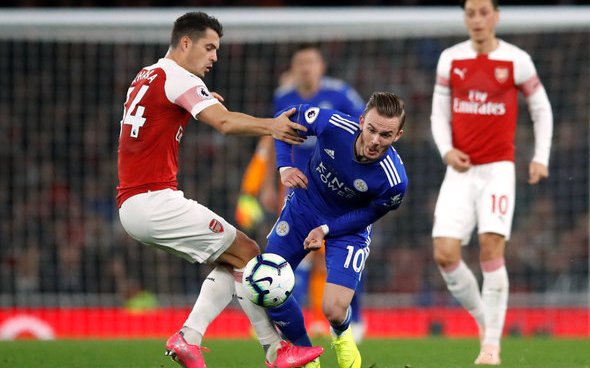 Journalist Dean Jones has claimed that a certain Leicester City star may well remain at the club despite rumours linking him with a move away.

Arsenal are reportedly interesting in signing James Maddison from the Foxes as they look to bolster their squad in the new Premier League season.

However, the deal seems to be complicated, and as things stand, it looks as though the Gunners won’t get their man this summer.

While talking on The Football Terrace’s The Done Deal Show, Jones claimed that he fully expects Maddison to stay at the club as Arsenal aren’t prepared to pay up to £70m for the English midfielder.

He explained: “From Leicester’s point of view, there isn’t anything in it, because they see him as worth a certain amount of money, as much as £70m, and they know that money isn’t close to being on the table for him.

Arsenal have signed a few new names this summer, with the likes of Ben White, Nuno Tavares and Albert Sambi Lokonga all arriving in north London.

However, it sounds as though a move for Maddison may be off the cards, with the Gunners more likely to pursue Real Madrid’s Martin Odegaard instead.

Maddison has played 120 games for the Foxes, proving to be a key player in this time, while also winning both the FA Cup and Community Shield.

Leicester have not signed anyone in the transfer market who could fill the void if Maddison was to be sold, so they would probably have to go and find a replacement in what little time is left before the window shuts – which rather justifies his reported price tag, in any case.

With all this in mind, most Leicester fans may be relieved to hear that their key playmaker probably won’t be leaving the club anytime soon.