Wainman: Ben White will have a great career in the game after Arsenal transfer 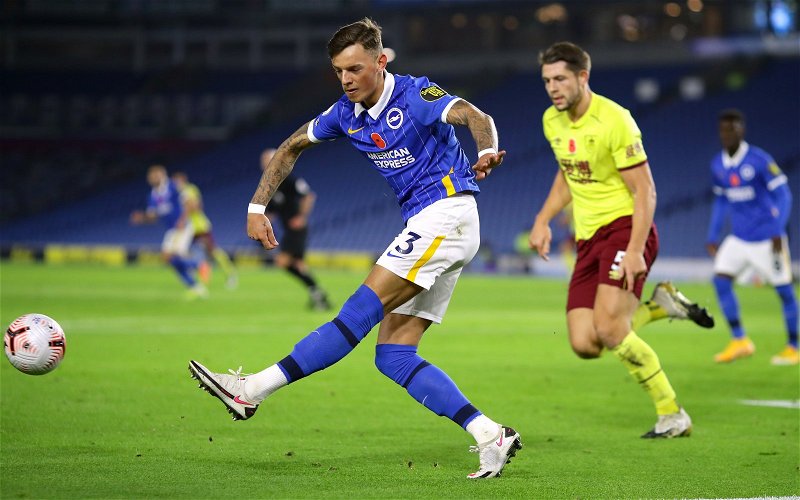 White completed a £50m move to the Emirates Stadium from Brighton and Hove Albion earlier this month, with the deal making him Arsenal’s third most expensive signing of all time.

There has been plenty of interest in the signature of Ben White in the past twelve months, as Leeds United saw bids of £18.5m, £22m and £25m rejected from Brighton last summer according to Sky Sports.

Brighton will have been delighted they kept hold of White last summer, as the defender appeared 39 times in all competitions for the club, helping the Seagulls to a 16th place Premier League finish.

The 23-year-old was also an integral part of Leeds United’s promotion campaign in 2019/2020, playing every one of their Championship fixtures, with presenter Wainman telling This is Futbol: “For us, yes, it was well out of our price range.

“I was disappointed we didn’t get him last summer, but we brought in Robin Koch, Llorente, Rodrigo, you know for really small prices in comparison to what we’d have had to pay for Ben White.

“For me personally Ben White is a great centre-back, I think he will go on to have a great career in the game.”

Leeds have been active in the summer window so far, completing the signings of Jack Harrison, Junior Firpo, Lewis Bate and Kristoffer Klaesson.