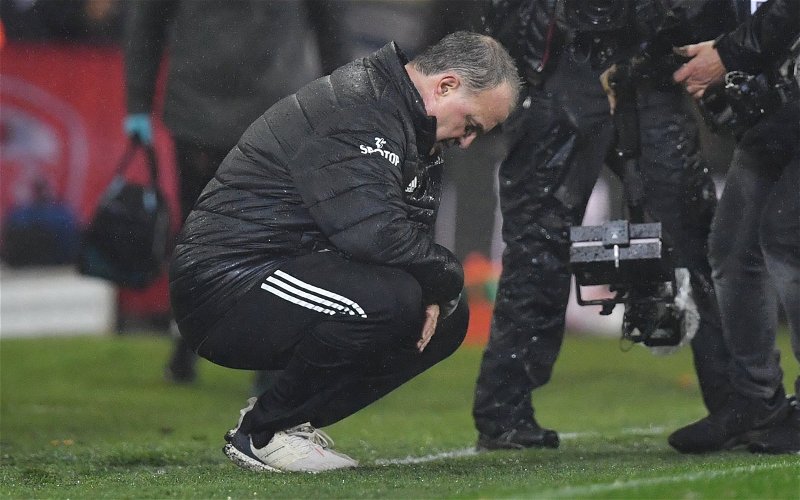 A whole host of Leeds United fans are fuming on Twitter with Phil Hay’s latest claim.

Leeds have managed to bring in two new faces this summer in Junior Firpo and Kristoffer Klaesson, with the former taking the place of Ezgjan Alioski, who left on a free transfer, as well as signing ex-loanee Jack Harrison on a permanent deal.

Hay recently shared an article of his from The Athletic, in which he outlined the state of the club’s recruitment drive over the summer and referenced the perceived lack of incoming stars at Elland Road since the conclusion of the previous campaign, with their business ‘likely to have ended‘.

It’s been a quiet window for Leeds in comparison to last summer when they spent just short of £100 million as they prepared for a return to the Premier League, but it could still change this summer as they landed Raphinha on deadline day last year.

A lot of Leeds fans are fuming on Twitter following Hay’s article on the club’s approach in the transfer market.

“Very naive of the club to not sign midfield reinforcements. Relying on a player who has been out injured for 2 years is just ridiculous. The squad is thin and the bench is weaker than last year.”

“This is madness. How can they go from wanting 2/3 players (all we needed, no need for a window like last year and £100mil outlay) to this? Leaving a massive job on next summer seeing as ‘there’s no value in January’ and relying on basically no long term injuries.”

“Bad move by the owners..who are they going to blame ‘IF’ we don’t stay up..Bielsa will be sacked and still the owners won’t be to blame by 80% of our fan base….#49ersOUT #RadzOUT milking the cash cow!!”

“Players over performed last season and may struggle to hit similar heights. Midfielder highlighted as role to recruit last season (Cuisance) and Gallagher this, what has changed in last month ? Relying on Forshaw is a big gamble given his poor injury record.”

“Bad move by the owners..who are they going to blame ‘IF’ we don’t stay up..Bielsa will be sacked and still the owners won’t be to blame by 80% of our fan base….#49ersOUT #RadzOUT milking the cash cow!!”

“It does feel like a missed opportunity. Did not need a raft of new players, but we need a creative midfielder like De Paul. Lower mid table i think and an expensive summer”

Given how glaringly obvious it was last campaign that Leeds struggled without Phillips, it’s clear to see why Marcelo Bielsa wanted to sign Conor Gallagher so badly on loan this summer, as he can operate in several positions and could be an adequate replacement for Phillips if he was to get injured.

Leeds enjoyed a very successful campaign back in the Premier League last season taking the league by storm and finishing in a handsome ninth place, ahead of the likes of Everton and Aston Villa, and fans will be hopeful of reaching the same, if not dizzier heights, this time around.