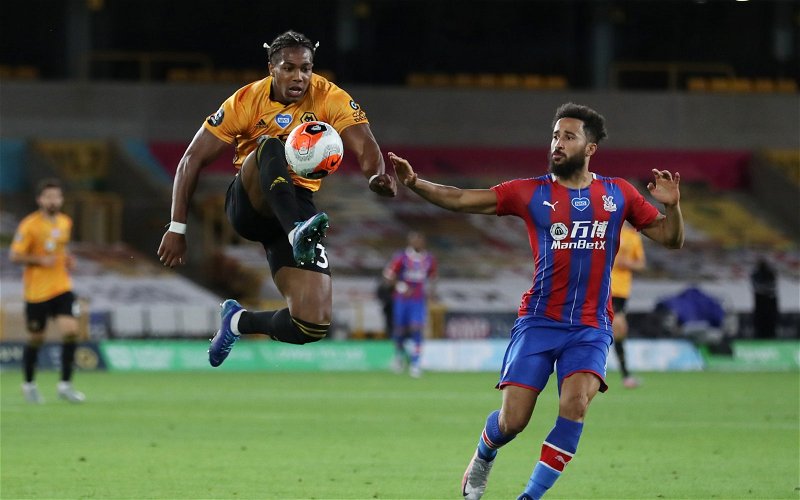 Phil Hay dropped a new claim on Leeds United’s interest in Adama Traore and Victor Orta’s fondness towards the winger on the latest episode of The Phil Hay Show.

Leeds have seen themselves linked with a move for Wolves winger Traore this summer, with the Midlands side reportedly willing to part ways with the Spain international for a cut-price fee of £30 million, which is some £40 million less than their asking price last summer.

Do you think Leeds need to sign a winger this summer?

Traore was one of the regulars in Wolves’ side last season, but did have a poor campaign in the Premier League in front of goal, managing to score just twice, compared to Leeds’ wingers Raphinha and Jack Harrison, who scored 14 goals between them.

Hay cleared up the situation surrounding links suggesting Leeds are interested in Traore.

“Victor Orta does know Traore very well, but I haven’t heard Traore spoken about at any point through the summer, and I know there have been the links, but every time we’ve asked about him, we’ve been told, definitely not or really no, it just doesn’t seem likely.

“And from what we are told at both ends – Wolves and Leeds – there hasn’t been any contact about Traore, or no official contact, so I can’t see that one.”

TIF Thoughts on links between Traore and Leeds…

Given how poor Traore’s output was for Wolves last season while making 37 league appearances, it could be unlikely that Marcelo Bielsa would look to bring in the Spaniard, especially if you compare his output to wingers already at the club.

Having spent over £100 million in the past two summer transfer windows, which includes £26.82 million this summer so far, it seems unlikely to see Leeds sanctioning another £30 million on Traore with winger not being a position they’re necessarily weak in.