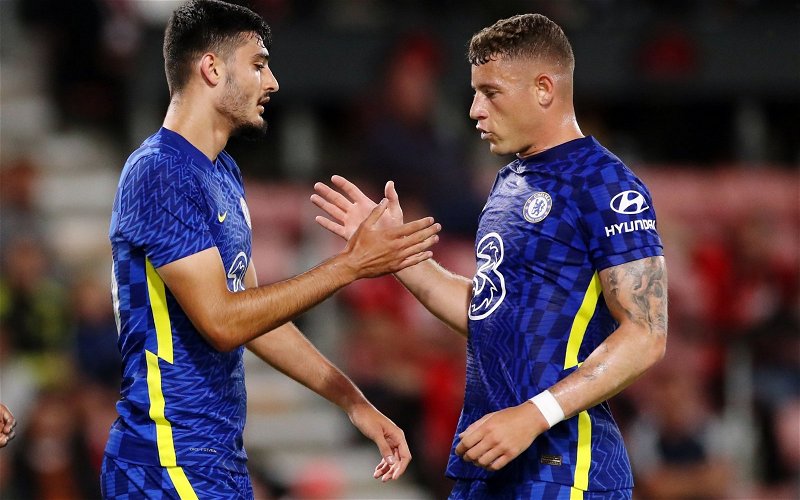 Evening Standard journalist Jack Rosser has told This is Futbol that he would be surprised to see West Ham make a late move to sign Ross Barkley.

According to Goal, David Moyes, the man who handed Barkley his Premier League debut during his Everton days, was keen on reuniting with the 27-year-old.

It’s approaching four years since the Liverpool-born midfielder left Everton to sign for Chelsea in a £15m fee.

However, despite playing under a host of managers, Barkley has never been a regular starter at Stamford Bridge and hasn’t been involved in any of Chelsea’s three competitive matches this season, which has continued a familiar theme for him under Thomas Tuchel.

The £96,000-per-week spent last season on loan with Aston Villa, but failed to build on a promising start, and whilst another loan deal away from west London looks on the cards, Rosser told This is Futbol that his next destination is unlikely to be the London Stadium.

When asked whether there’s any possibility, he said:

“It’s not a position they’re ridiculously short in and Ross Barkley would be another one that would catch me by surprise.”