Mark Crossley is certain former club Fulham will seal an immediate return to the Premier League.

The Cottagers went into the new campaign following a summer of change, with boss Scott Parker departing by mutual consent and taking on the Bournemouth job.

Following relegation to the Championship and Parker’s exit, Marco Silva was appointed as head coach on a three-year deal having already managed Hull City, Watford and Everton in the Premier League. 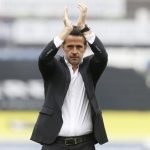 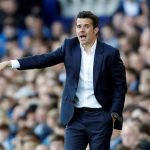 Fulham have got their campaign off to a promising start and went into the weekend undefeated after three outings back in the second tier of English football.

Crossley, who featured between the sticks for Fulham during his playing days, is adamant Silva and his squad are capable of enjoying success this season.

He exclusively told TIF: “I can’t see them being outside of the top six all season. I think they will definitely get promoted because they’ve got the squad and the manager.

“I can only see good things coming out of Fulham.”