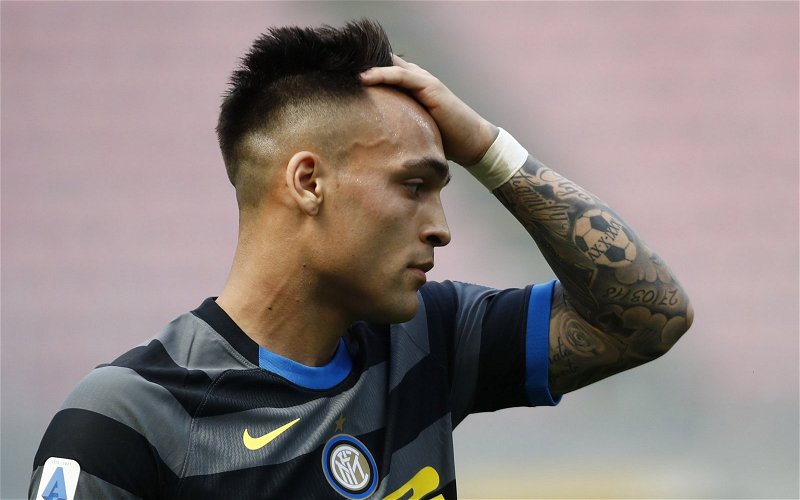 Carlton Palmer has exclusively told This is Futbol that Tottenham won’t be able to sign Lautaro Martinez if Harry Kane stays in north London.

With Kane Nuno Espirito Santo’s only recognised striker, and his future still hanging by a thread, the Spurs boss has been searching for another frontman all summer following Carlos Vinicius’ return to Benfica.

Danny Ings was linked with a move to north London, but once his shock switch to Aston Villa was confirmed earlier this month, Tottenham soon turned their attention to Martinez, who was part of the Argentina side that recently won the Copa America.

Football.London journalist Alasdair Gold revealed that Tottenham had seen a bid accepted for the 23-year-old, but that was done prior to his striker partner Romelu Lukaku leaving for Chelsea, scuppering Spurs’ chances of signing Martinez.

The fee was around €60m, which Palmer believes is out of Tottenham’s price range should they fail to cash-in on Kane.

“They can’t afford to bring him in if they don’t sell Harry Kane I think.