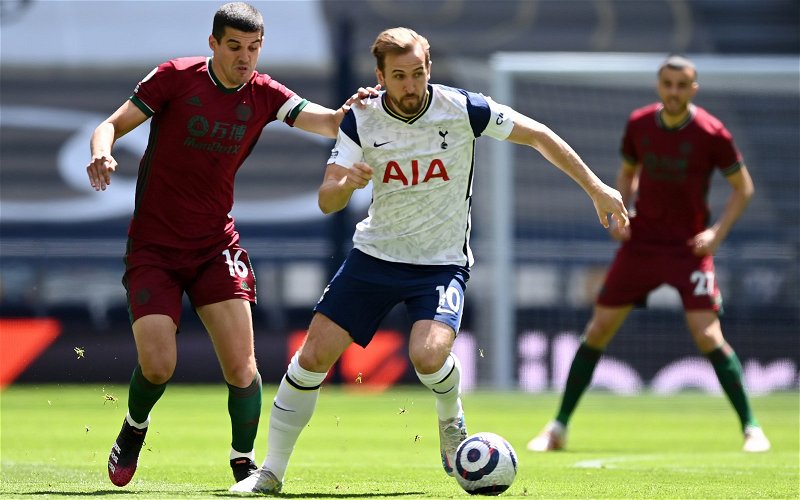 The England centre-back was one of many success stories during Santo’s four years with Wolves but has been linked away from Molineux since the Portuguese’s departure.

Everton were briefly mentioned when Santo was strongly linked with the vacancy at Goodison Park, but according to Football Insider, the 28-year-old, who’s missed just one Premier League game in the last three seasons, has opened talks over a possible move to Spurs.

Santo has already made three signings since replacing Jose Mourinho, but having moved on Toby Alderweireld and likely to shift one of Eric Dier or Davinson Sanchez, another central defender is desperately needed.

Tottenham will be hoping to have Cristian Romero available for their Premier League opener against Manchester City, with one of Dier or Joe Rodon his most likely centre-back partner.

Rodon and Romero have the makings of an exciting partnership, but Stewart exclusively told This is Futbol that Coady should still be added:

“Almost certainly he will be one of the players that he will be targeting. Would Conor Coady go, or does he wait for something bigger? I would take Coady.

“He’s definitely a step up from Sanchez and Dier – they’ve been found wanting.”