Elliott headed to Anfield from Fulham, despite making just three senior appearances, at the age of just 16.

Liverpool were ordered to pay the Cottagers a record compensation fee earlier this year, with Fulham potentially receiving £4million and benefiting from a 20 per cent sell-on clause.

Will this be Harvey Elliott's breakthrough season at Liverpool? 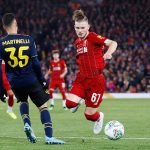 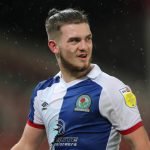 While the 18-year-old has only gone on to feature for Liverpool nine times since the switch from Craven Cottage, he proved his worth during a season-long loan with Blackburn Rovers last season.

Elliott made 42 appearances for the Championship club, racking up seven goals and 11 assists in the process.

Reports suggest the winger could be set for an England under-21 call-up thanks to his fine form and Liverpool boss Jurgen Klopp has revealed Elliott will get more opportunities in the first-team after impressing in pre-season.

Speaking exclusively to TIF, he said: “What a young player he is. I don’t think Liverpool will ever want to sell him.”