Everton: Phil McNulty explains why Rafa Benitez so content ‘behind the scenes’ 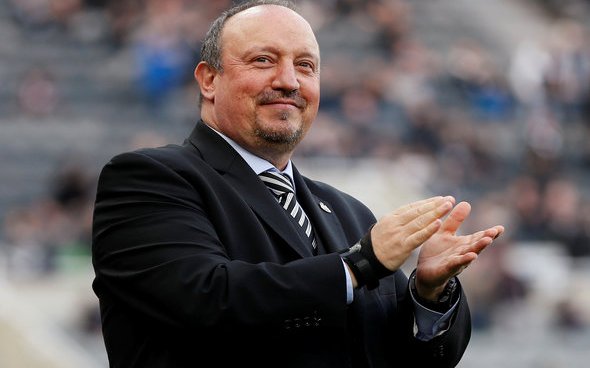 Journalist Phil McNulty has explained why Rafa Benitez seems ‘very content’ with how Everton are operating ‘behind the scenes’.

The Spaniard has enjoyed a good start to his time in charge of the club so far, going unbeaten in three games – with one draw and a win in the league and another win in the Carabao Cup.

McNulty has revealed that things away from the pitch are keeping Benitez fairly satisfied as well. While talking about the topic on the All Together Now Everton podcast, he explained that ‘shrewd’ signings like Demarai Gray signify good summer business from the club.

McNulty said: “He seems very content with how things are done behind the scenes at the moment, whether observers like it or not.

“The signings he’s made [are] shrewd ones. Demarai Gray for £1.5m – initially, people sniffed at that. But I’ve seen him a few times and he was a talented, albeit very inconsistent, player.

“And I think most Everton fans would consider they’ve wasted enough money on big-money buys who’ve turned out to be hopeless to risk £1.5m on a lad who has potential.”

When Benitez became linked with the Everton job, he suffered some vile abuse due to his past connections with local rivals, Liverpool.

Fortunately, many fans seem to have warmed to the Spaniard – no doubt helped by the team’s positive start to the season.

One player who can be thanked for the part he has played in the opening stages of the campaign is Gray. Earlier on in the summer, the winger joined from Bayer Leverkusen on a three-year deal for a fee ‘understood to be £1.7m’ (as per BBC Sport).

The Englishman played a key role in Everton’s away draw at Leeds United, scoring as the clubs drew 2-2 in their second Premier League game of the season.

The Toffees will no doubt be hoping to extend the club’s fine form this weekend as they face Brighton and Hove Albion away from home, though whether any more ‘shrewd’ signings are to follow remains to be seen.