Everton journalist Phil Kirkbride has been sharing some insight concerning Toffees midfielder James Rodriguez and his current situation at the Merseyside club.

This comes after Kirkbride made an appearance on a recent episode of the Liverpool Echo’s Everton-themed podcast Royal Blue where he spoke about a variety of subjects concerning Rafa Benitez’s side.

On the topic of Rodriguez, who has been linked with a move away from Everton this summer, Kirkbride had this to say on the situation.

He said: “James has been told he can go, he doesn’t want to spend the season sat on the bench or as a bit-part player, he will want to go and find a club to play [for regularly].

“Rafa is happy for him to leave.

“That is the perfect solution for the two parties, and hopefully a solution can be found, but it’s not an easy transfer to make happen.”

In our view, it would be rather disappointing to see Rodriguez leave the club this summer considering they only signed him last year.

Would you be sad to see James Rodriguez leave Everton this summer? 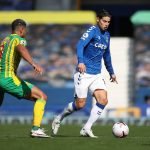 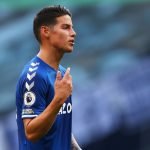 Also, taking into account how Rodriguez managed to end his debut season with Everton as their highest-rated player according to WhoScored with an overall rating of 7.21/10 for his performances in the Premier League, he has shown he has what it takes to perform in the league at a high level and should, in our view, stay at the club so he can show he can do it again under Benitez’s management.

However, if this isn’t to be the case, then the best thing Everton could do, in our view, is to move him on and get his wages off their wage bill, especially if he isn’t likely to be playing regularly, as Kirkbride mentioned.