Woosnam: Everyone at Palace can learn from Vieira 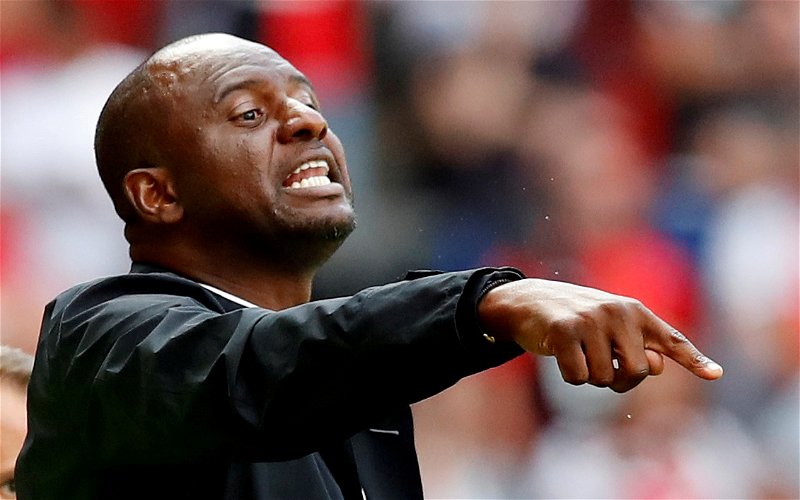 The Athletic’s Crystal Palace writer, Matt Woosnam, believes that everyone at the football club can learn from new manager Patrick Vieira.

The Frenchman was appointed manager at Selhurst Park earlier this month after previous managerial spells with Manchester City’s Academy, MLS side New York City and Ligue 1 side Nice.

Vieira had a stellar playing career playing for the likes of Arsenal, Manchester City and Inter Milan, winning trophies at all three clubs.

Alongside lifting league trophies with both Arsenal and Inter Milan, Vieira was part of a highly successful France national team who lifted both the World Cup (1998) and European Championship (2000).

With the plethora of trophies Vieira won throughout his playing days and previous clubs he has managed at, Woosnam believes everyone at Crystal Palace can learn from him.

Vieira has already got to work with his Crystal Palace side and brought in his own players, with a strong emphasis on younger players, as both Michael Olise (19) and Marc Guehi (21), as well as 21-year-old Conor Gallagher, have arrived at Selhurst Park from Reading and Chelsea respectively.