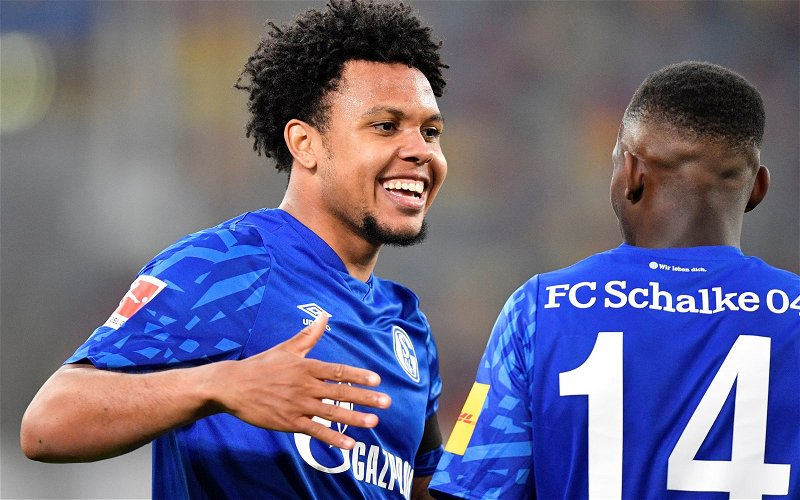 Express & Star journalist Matt Maher has claimed that Aston Villa were interested in reported target Weston McKennie when he used to play for Schalke 04.

The American midfielder, who currently plays his football for Juventus in Italy, has been subject to plenty of rumours about his future of late.

Villa are one club to be linked with him, and according to Maher, it could be something worth keeping tabs on as the transfer deadline approaches.

When talking about the chances of a potential transfer on the E&S Villa Podcast, Maher said: “That is actually a name that has been mentioned in the last 24 hours. I don’t know whether that’s accurate.

“That may be one to keep an eye on, but I’m guessing Villa probably aren’t the only ones involved.

“He’s available at a fee which might interest Villa. I think Tottenham are also probably in the frame. We’ll see what happens over the next week or so.”

McKennie initially only joined Juve on loan from Schalke with an option to move on a permanent deal. And after contributing four goals and two assists across 21 appearances in Serie A, the Italian giants decided to take up that option.

Last season, he featured regularly under Andrea Pirlo, playing 34 times in the league while contributing five goals and two assists.

Unfortunately for the American, Pirlo was sacked in the summer and replaced by former manager Massimiliano Allegri. Judging from the rumours linking McKennie with a move away from Italy, it seems as if his new manager does perhaps not fancy him.

Villa have been after a new midfielder throughout the summer, and with reported target James Ward-Prowse signing a new contract at Southampton, it would make sense for the club to change targets and go for a player they once wanted in the not-so-distant past.