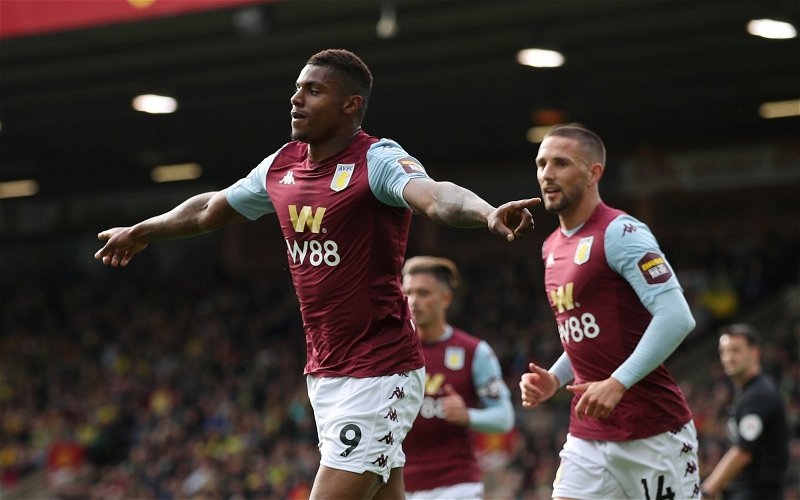 The Athletic’s Gregg Evans has stated that Aston Villa won’t replace Wesley when they loan him out for the season.

The journalist recently published an article that claimed Wesley is closing in on a season-long loan move to Club Bruges. The story outlined the Brazilian’s injury struggles in Birmingham while adding he has netted just five goals in 24 appearances.

When discussing the striker on the 1874 podcast, Evans claimed that the club wouldn’t be looking to sign an alternative to Wesley either.

He explained why, saying: “I don’t think they’ll be replacing Wesley, either. I think that they’re quite satisfied with the forward options that they’ve got up there.

“I think what you’ve got to remember is as soon as Ollie Watkins comes back, Wesley wouldn’t have featured anyway, and then you’ve got Keinan Davis to come back in in a couple of months.

“Cameron Archer, obviously on the bench. Bertrand Traore and Leon Bailey, when they’re fit, can both play down the middle. So I think they’re quite happy with the options up front. No need to buy another striker.”

Having signed Ollie Watkins from Brentford last season for a reported fee of £28m, Villa already had themselves a pretty decent striker – he managed 14 league goals in his debut season.

This window, they have truly bolstered the position, bringing in former Southampton talisman Danny Ings. The Englishman already has two goals in his first two appearances with the club, showing his value immediately.

With this in mind, it seems reasonable for Villa to let Wesley go out on loan without signing an obvious replacement. And, as Evans explains, if worst comes to worst, there are plenty of others who could play the role.