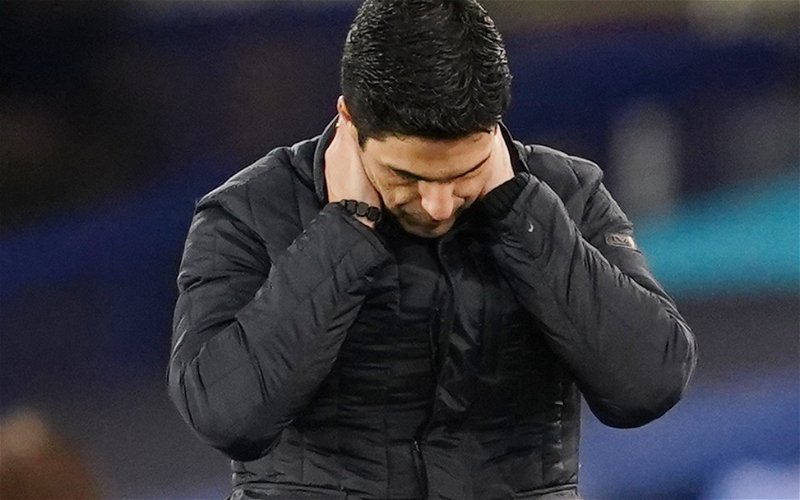 Sky Sports pundit Roy Keane has given his verdict on the state of Arsenal following their recent defeat to Chelsea.

Mikel Arteta’s men fell to their second defeat of the season on Sunday as they lost 2-0 at home, although they did have to play the game with an injury crisis that Gunners boss Mikel Arteta labelled ‘unprecedented’, with the likes of Ben White, Gabriel, Thomas Partey and Alexandre Lacazette just some of the names that were missing, whilst Pierre-Emerick Aubameyang could only come off the bench for the final half-hour.

Despite the situation though, that hasn’t stopped some pundits from questioning where the club stands as a whole and what they look like going forward.

Arsenal are in the process of going through something of a rebuild this summer, as demonstrated by the age of the players that they have brought in, but speaking about the situation after the game on Sky Sports, Keane wasn’t totally convinced that the young players would be able to take the club forward on their own:

“It won’t happen overnight, and the fans want to see some sign of progress. Because the last thing sometimes fans want to hear is ‘we’ve got a project and we’ll be good in two years’ time’ or whatever. But if that’s what the club have decided to do, they’re buying young players, and you’ve got to give them a chance.

“But I go back to it. That’s where you need your senior players to help these young kids along. And I don’t think Arsenal have the real top, senior quality players, who’ve got good habits, who will help the young lads.”

Is Mikel Arteta the right man to take Arsenal forward?

There is clearly a vision when it comes to Arsenal and their approach for the future, not only with their transfers this window, but also with the new deals for the likes of Emile Smith Rowe this summer and Bukayo Saka last.

It shows that there is a long-term project at Arsenal in place, but as Keane says, there has to be something tangible in place right now to give the fans some sort of hope that things will get better in the immediate future rather than looking years down the line. But after the start to the season that they’ve had, it just isn’t there.

And whilst Keane talks about the senior players, some of that also has to fall on the manager.

Given their injury situation, and their tricky fixture list with Manchester City up next, Arteta might get some leeway when it comes to his job security to start the season off, but you would imagine if things don’t start to look promising straight after that, then there might be serious questions asked about whether he is the man to take them through the next stage of their project.

In other news: ‘Speaking to somebody close to the club’ – Sky insider drops intriguing claim on key Arsenal duo