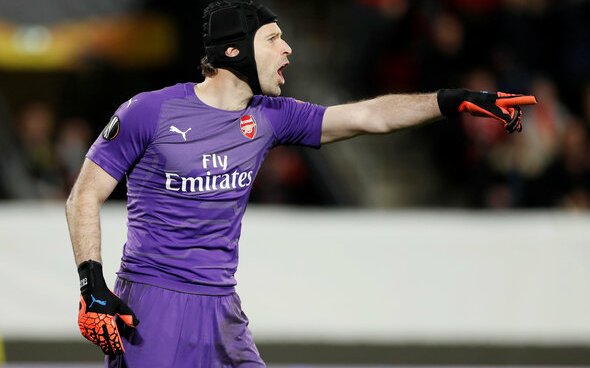 Arseblog’s Andrew Mangan has claimed that former goalkeeper Petr Cech showed a more ruthless side of himself in Arsenal’s last league fixture.

While discussing the Gunners’ recent home loss to Chelsea, the host of the Arsecast Extra podcast claimed he had been told that Cech celebrated both of Chelsea’s goals while in the directors’ box at the Emirates Stadium.

Cech is now technical and performance advisor for the Blues, but spent four years at Arsenal after moving across London in 2015.

Detailing the situation, Mangan said: “I was reliably informed that one of our former goalkeepers – who may now be at Chelsea, came from Chelsea – was in the directors’ box jumping up and down and celebrating Chelsea’s goals.”

The Athletic’s Arsenal correspondent James McNicholas replied, saying: “I’m surprised. I mean, he generally has carried himself quite well. So yeah, that’s a little bit disappointing.”

Having likely played a role in the club-record signing of Romelu Lukaku, Cech would have probably been desperate to see his team’s star man get off to a good start in his second spell with Chelsea.

With this in mind, it’s somewhat understandable if the former Czech goalkeeper got a little excited when Lukaku scored just 15 minutes into the London derby.

However, as discussed on the podcast, the act of celebration for both goals – while sitting in the stadium of the club where he retired – is not great behaviour from Cech, especially when he has often presented himself as one of the more level-headed men within football.

Still, as frustrating as those actions may be, most Arsenal fans will probably be more concerned with the final result.