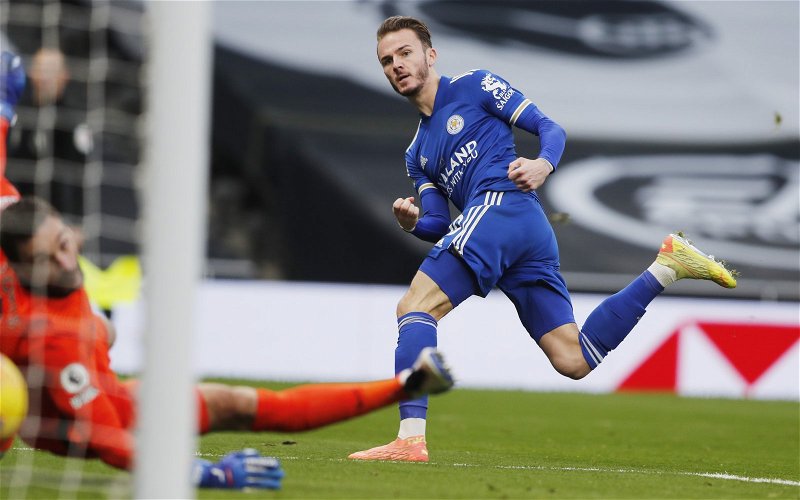 This comes after Jones made an appearance on a recent edition of The Done Deal Show from The Football Terrace’s YouTube channel, where he discussed a variety of transfer-related topics.

After it was recently reported that Arsenal have been priced out of a move for Maddison this summer, Jones had this to say on the situation.

He said: “My information on Maddison has always been that that probably wouldn’t happen.

“There’s obvious interest there, big interest, but Leicester were trying to price him out of a move there and if they’d have got £70m for James Maddison, then yeah, they’d have taken it, but they didn’t feel that Arsenal were in the business to pay that sort of money for Maddison.”

Leicester signed Maddison back in the 2018 summer transfer window from Norwich City for a fee of around £20m.

Since then, the 24-year-old, who is currently valued at £49.5 million according to Transfermarkt, has made 119 appearances for the Foxes across all competitions, in which he has managed to score 27 goals and provide 20 assists along the way.

Given how only five other Leicester players managed to earn themselves higher overall season ratings than Maddison in the Premier League last season according to WhoScored, it’s easy to see not only Arsenal are reportedly interested in signing him, but also why the Midlands club value him so highly and presumably would want to keep hold of him this summer.

Who would you rather have at Arsenal?

Moving forward, with it now being reported that Leicester have priced the Gunners out of a move for Maddison as mentioned earlier and as Jones spoke about, it would probably be best for Arsenal to move on and perhaps focus on other players to sign.

In our view, if it turns out to potentially be a cheaper deal than Maddison, perhaps Arsenal should try and sign Martin Odegaard once again from Real Madrid after impressing Gunners boss Mikel Arteta during his loan spell at the club last season.

In other news: ‘He’s an Arsenal fan’ – Charles Watts claims star would be ‘interested’ in Emirates move