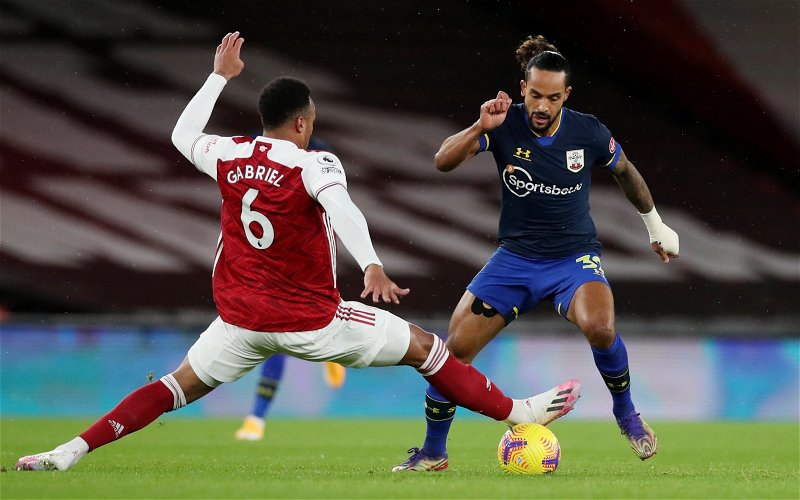 Arsenal insider Charles Watts has given his view on defender Gabriel ahead of their game against Manchester City.

The Brazilian defender has been unavailable for the Gunners so far this season with a knee injury, although he has been getting minutes with the U23 side as he looks to get back to full fitness, with Mikel Arteta’s men losing both league games whilst he’s been away.

Speaking about him in his press conference ahead of the game, Arteta claimed that he was back in training with the first team and that he was ‘progressing well’ as he recovers from his injury.

This news was relayed to Arsenal fans by Watts on his YouTube channel, where he explained that he felt Gabriel would be left out of the game at the Etihad and rested until after the upcoming international break before being thrown back into first-team action:

“Gabriel is now back in full training. Personally, I’d be surprised if he starts against Manchester City. He might well be in the squad, he might well be on the bench, but I think if you’re going to rush Gabriel back after so long out, you probably don’t want to do it in a game against a team like Manchester City.

“So I wouldn’t be surprised if they just err on the side of caution with Gabriel and wait until after the international break to bring him back into the team, but it’s a boost that he’s back.”

TIF Thoughts on Charles Watts’ comments about Gabriel at Arsenal…

Would you say Gabriel Magalhaes is a key player for Arsenal?

Yes, he will be missed

Watts is probably right with his assessment when it comes to bringing Gabriel back from injury. Given the timing of things and knowing that there is an international break on the other side of the game where he can take part in some light training or a behind-closed-doors friendly to help get back up to speed, it’s best to be cautious in this situation.

Especially since Arsenal aren’t exactly blessed with a plethora of central defenders to choose from right now, it would be rather stupid of them to risk one of them being ruled out for longer than necessary moving forward.

But perhaps just as importantly as that, with Manchester City’s attacking capability, which was on full display against Norwich City last weekend, whilst they might want to be cautious with him when it comes to his injury, they might want to factor in the morale side of it as well, because that could be a demoralising way for him to be welcomed back into the team if City end up turning them over.

In other news: ‘From what I understand’ – Watts reveals Arsenal ‘kind of in agreement’ over star leaving