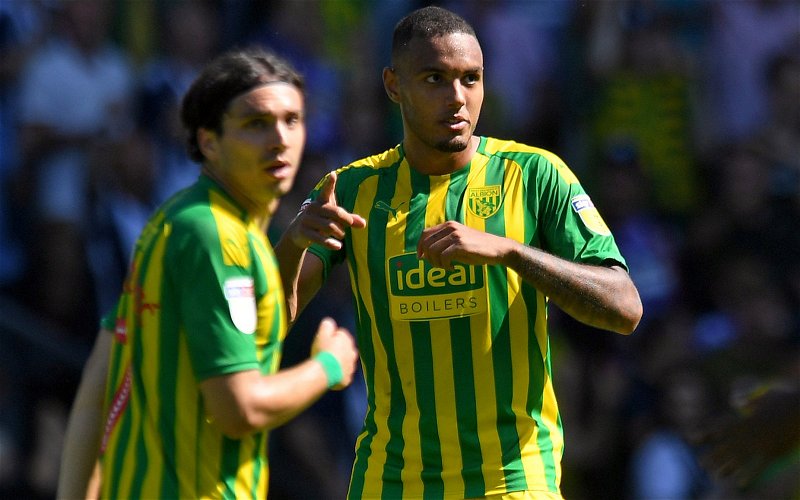 A collection of West Bromwich Albion fans have vented their frustrations at Kenneth Zohore after a poor performance in the Carabao Cup.

The Baggies fielded a very inexperienced team in midweek – featuring six debutants, five being teenagers – against Arsenal and suffered a heavy 6-0 loss as a consequence.

At 27 years old, Zohore was one of the more senior West Brom players on the pitch, but in the eyes of many Albion fans, he failed to show enough quality or leadership on the field.

Indeed, his poor performance was roundly criticised online by a number of Baggies supporters.

“Zohore performance tonight was depressing. I have utmost respect for the debutants/kids in what was a tough game, but KZ’s performance was just awful. Limp. From start to finish.”

@chrislepkowski
“Shocking!!! Like a cricket stump on the pitch!!!!”
@Fuller47808100
“He is a disgrace, mate, Snodgrass was hammering him during the game too. He wanted off in the first 20 mins, what a poor example for those young lads trying to make their way, when someone like him is probably taking home £15-£20k a week and can’t even get in shape.”
@Toothy1575
“He was a disgrace against Luton a few weeks ago. Definitely not fit to wear the number 9 shirt. Poor excuse of a footballer.”
@coyb63
“Shouldn’t be allowed near the first team ever again.”
@Tumpa86Smith
“Shown up by a bunch of kids, should be embarrassed, probably doesn’t care less.”
@Hannanar
After returning from a loan spell at Millwall last season, the Dane has done little to endear himself to the West Brom fans.

He has made three appearances so far this season, picking up one yellow card and scoring no goals (via Transfermarkt).

Judging from the reaction of these supporters, many would probably not be sad to see him leave the club – be it on loan again or even permanently.