West Brom: Masi drops update on the future of Sawyers 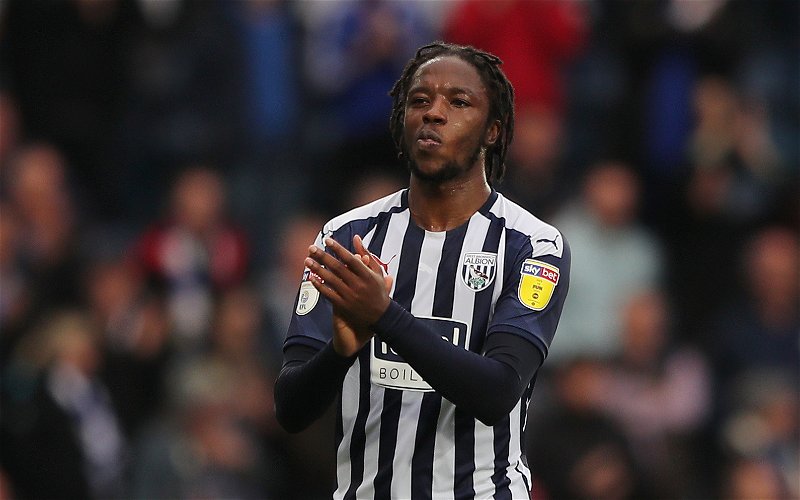 Joseph Masi has delivered an update on the future of Romaine Sawyers while speaking on the latest episode of the Baggies Broadcast.

Sawyers experienced a difficult debut Premier League season for West Brom last campaign, only making 19 appearances and considering he came through the club’s academy, it may well have hurt him to have not been given more minutes on the pitch.

Reports are now suggesting that fellow Championship club Stoke City are looking to sign Sawyers, who has just one year left to run on his contract, although there is an option to extend that deal by a further year (as per Transfermarkt).

Speaking on Monday, Masi discussed Stoke’s interest in Sawyers and how close a potential deal is.

“So what we understand is that Stoke have expressed an interest in signing Sawyers. I don’t think it’s particularly close, so there’s that expression of interest and we’ll see where it goes from there.

“I certainly don’t think he’s going to be announced as a Stoke City player in the next 24 hours or something like that. I could be proved wrong on these things, as things can move very quickly, but I’m not expecting it anytime soon.”

Despite coming through the club’s academy, Sawyers has been discarded once by the Baggies already, having been let go to Walsall in 2013, before impressing there and at Brentford, which convinced West Brom to bring him back in 2019 for less than £3 million.

As per Transfermarkt, Sawyers is capable of playing as a central, holding and attacking midfielder, so he is certainly a versatile player and will surely be an asset to either the Baggies or Stoke this season.

Though if Stoke’s interest is serious, then that may suggest Sawyers’ future will remain uncertain throughout the remainder of the window.