Hatfield: WBA will be delighted Bartley has signed a new contract 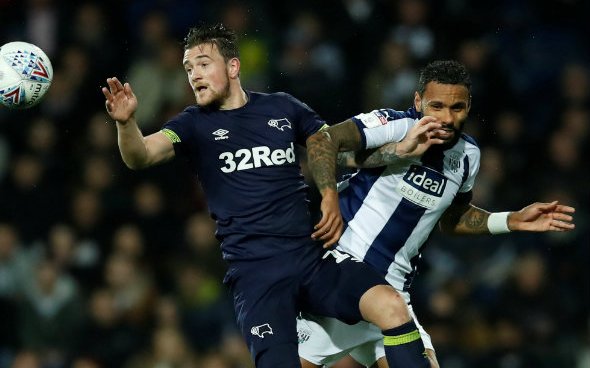 Express and Star journalist Luke Hatfield believes that West Bromwich Albion will be delighted that defender Kyle Bartley has signed a new contract at the Hawthorns.

Bartley put pen to paper on a contract extension which will see him stay with the Baggies until the summer of 2023. The centre-back featured on 31 occasions last season for West Brom in the Premier League and played the full 90 minutes under new manager Valerien Ismael, in the club’s first Championship fixture against Bournemouth.

Ismael described Bartley as a “leader” to the club’s media channels, with Hatfield believing he is a vital player for the club, telling This is Futbol: “They’ll be delighted to have got him tied down. Like you said there were reports online suggesting that there were teams in the Premier League interested in him, which doesn’t surprise me.

“I think he finished last season really well despite the club’s failure ultimately to stay up, but he’s a vital player for Albion, particularly in the Championship – he’s fantastic at this level.”

Ismael has made four new signings so far this summer, with Adam Reach joining Alex Mowatt, Quevin Castro and Matt Clarke at the Hawthorns.

Alongside the new signings, Matty Phillips also joined Bartley in penning a new deal with West Brom, as the forward signed a deal which will run until the summer of 2024.