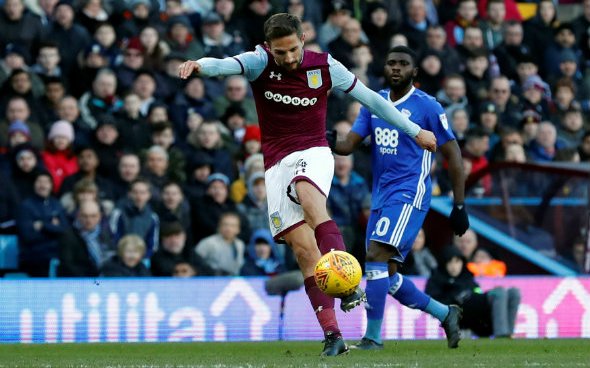 A collection of Sheffield United fans have flocked to Twitter as their club announced Conor Hourihane was signing on loan.

As the transfer window edges closer to its end, the Blades have managed to complete an important piece of business with a little time to spare.

Indeed, the club announced Hourihane was joining on a season-long loan from Aston Villa, having completed his medical at the club’s Shirecliffe training complex.

United shared the news on their official Twitter page and it soon drew delighted reactions from their fans.

The midfielder had yet to feature in the Premier League for the Villans this season, which suggested he wasn’t likely to be in Dean Smith’s plans for the majority of the season.

However, with nine appearances in the Championship play-offs over the years, he could well have the requisite experience to help the Blades return to the Premier League.

With the club’s fans so excited for the deal, this looks like a loan move that could satisfy all parties.