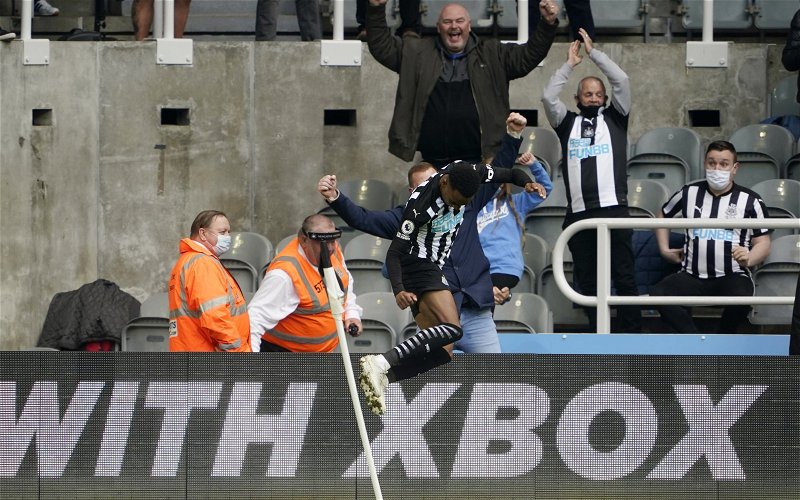 A lot of Newcastle United fans have flocked to Twitter to voice their thoughts at the latest tweet to emerge from the club surrounding their new kit for the 2021/22 season.

The club tweeted out an image teasing their new home kit which they have said will be revealed on July 10.

Do you think the proposed takeover go ahead?

Newcastle’s partnership with Puma came to an end at the end of the 2020/21 campaign and the Magpies have now agreed on a deal with Castore.

Some of the Toon players have already returned to the club’s training ground for the beginning of their pre-season efforts and have been pictured in their new training wear.

@mc_chug
“Cannot wait to see the full kit embroidered, you love to see it #NUFC“
@jegnufc91
“Finally a teaser! Newcastle home strip to be released on July 10th. @ketchell
seems spot on with the block stripes”
@NUFC_HQ
“So glad the Castore logo hasn’t been printed on, really good sign”
@MastrContender
“Oh I can’t wait for this”
@LiamGowens
“Interesting.”
@NUFCChazo

The tweet from the club comes just 24 hours after it was revealed the anti-competition case between the Tyneside club and the Premier League had been delayed until July 12.

However, the tweet from the club seems to have cheered up the Newcastle fans who seem incredibly excited to see their new kit for the upcoming 2021/22 campaign.

In other news: ‘Endgame is nearing’, ‘One big cover-up’ – Lots of NUFC fans react as update emerges