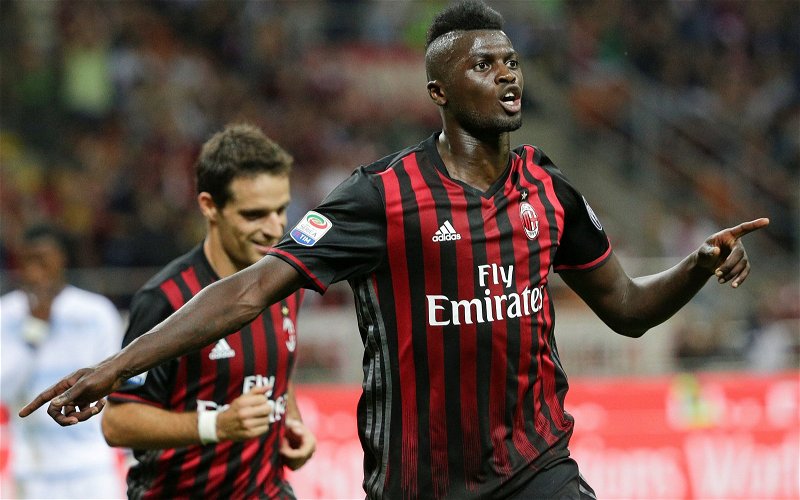 Foot Mercato journalist Sébastien Denis has reported that the Bhoys are interested in bringing M’Baye Niang to Celtic Park this summer, citing reports in Italy.

Will Ange Postecoglou be a success at Celtic?

The Senegalese striker, who is on the books at Rennes, could be a potential replacement for Odsonne Edouard, who has been linked with a move to Crystal Palace in recent days by The Guardian.

A lot of Celtic fans have reacted positively on Twitter to the news surrounding Niang.

What have these Celtic fans had to say exactly?

“The type of striker we should be looking at, big guy to play through the middle of Kyogo and Abada”

“Could work given the attacking wingers/forwards being signed. Give a defence something to think about …”

“This would be an unbelievable signing.”

“Would be a serious coup”

The Celtic fans’ excitement is justified here, as prior to last season, Niang was arguably producing the best football of his career to date, with double figures in goals in both the 2018/19 and 2019/20 campaigns – before experiencing a disappointing year last time out that was disrupted by injury.

Celtic still have Edouard on the books but with just one year left on the Frenchman’s contract and interest from the Premier League, it could be just a matter of time before he departs Celtic Park.

Therefore, a move for Niang could turn out to be a smart one if he can remain fit and rekindle the kind of form he has shown he can reach in the past.