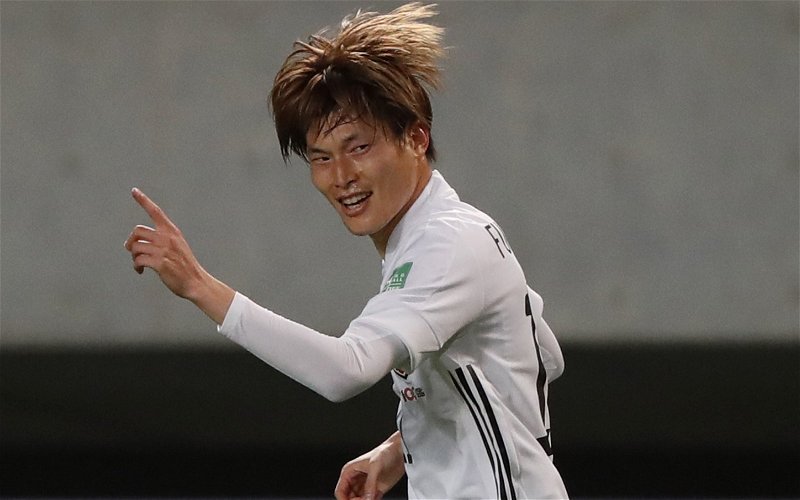 Journalist Gordon Parks has recently dropped a claim about Kyogo Furuhashi, revealing that he could be everything that the Bhoys need.

The Hoops have already agreed a £4.6million fee to sign the forward from Vissel Kobe. He arrived in the UK recently to undergo his medical and he’s said to currently be in quarantine in London.

Will Furuhashi light it up at Celtic? 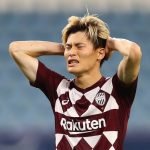 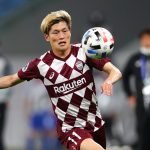 Parks appeared on the latest episode of the Record Celtic podcast and one topic of discussion was Furuhashi’s signing for the Bhoys. The journalist stated that people that he’s spoken to have told him that the Japanese star could be everything Celtic need to set Parkhead alight from next season onwards.

Parks stated: “Celtic’s recruitment has been so bad that I take my hat off to Ange [Postecoglou] if he’s gone and got the best player in the Japanese J League.

“Everything about him suggests that he’d be a player that Celtic fans will love. He’ll love playing for Celtic because the fans will appreciate if he’s got this kind of X-factor. By all accounts and people we speak to, his stats suggest that he’s everything that Celtic need – somebody to bring the place to life.”

In the 2021 season of the J.League, Furuhashi scored as many as 15 times in 21 league games and he also picked up a couple of assists. In the 2020 season, he scored 12 times and racked up five assists for his club.

It shows that he’s a proven goalscorer. The Japanese can play on the left flank and up front, and with Mohamed Elyounoussi having ended his loan spell and Odsonne Edouard being linked with a move to Brighton and Hove Albion, they’d need players who can fill the holes in the forward positions.

Furuhashi can do that and he’s still 26, which shows that he has many years left in him, so this could be a brilliant move for the Bhoys.

In other news: ‘Shouldn’t even be near a Celtic B team’, ‘Miles off it’ – Many Hoops fans slam ‘reserve’ player