Many Celtic fans have been talking about a claim from Mathew Ryan that has emerged on social media recently.

Celtic have previously been linked with a move for Ryan, as it was stated that the Hoops were assessing their options in the goalkeeping position, while Ange Postecoglou has previously worked with Ryan during his time with the Australian national team. 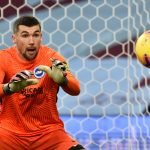 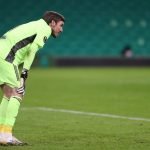 Ryan was asked by Fox Australia recently about his future and he posed doubts about a potential switch to Real Sociedad. The goalkeeper though, spoke about Celtic links publicly. He said that it is ‘flattering’ to have that interest and he’s just waiting to make a decision regarding his future (as per The Daily Record).

Ryan’s comments were relayed on Twitter by Everything Celtic. Many Hoops fans made their views clear about the Australian.

What did Celtic fans make of Ryan’s comments?

“I’d take him but Is he happy to play back up to Barkas though?“

“Signing a player that struggled to get a game with Brighton, what could possibly go wrong…“

“I’d be willing to give Barkas another go but I’d definitely take him.“

“Basically saying come and get me.”

Ryan has loads of experience of playing in the Premier League and has also spent time in La Liga with Valencia (as per Transfermarkt).

He also played a few Premier League games for Arsenal recently, which might be a reflection of his current quality as a goalkeeper.

So if the Hoops want to sign the 29-year-old, it might not be a bad move at all. He earns £35,000 per week at Brighton and considering Celtic’s wage structure, it might be something they can afford.

In other news: ‘He may well come back for this project’ – Interesting claim emerges at Celtic