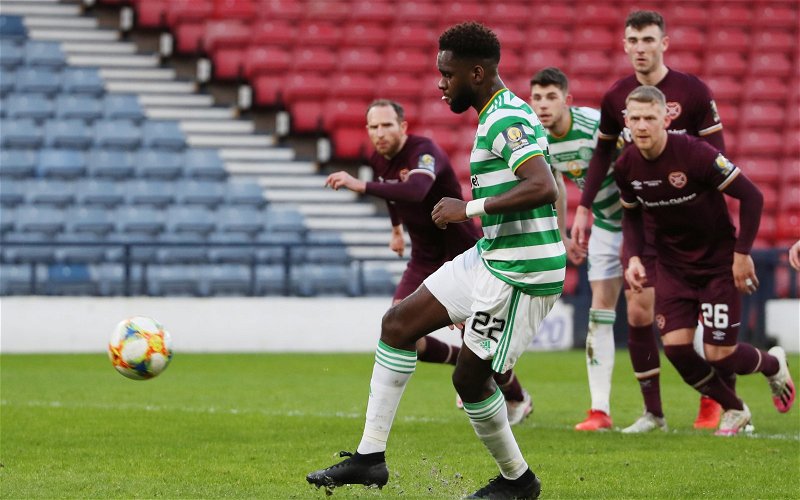 Lots of Celtic fans have been raging at the performance of Odsonne Edouard in the club’s Champions League qualifier against Midtjylland.

The Frenchman had started in the club’s game against the Danish side, as they played the second leg away from home. The first leg had ended in a 1-1 draw at Parkhead. New signing Liel Abada also started and Ryan Christie also featured. 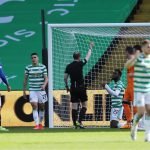 But the Frenchman’s performance in the game drew the attention of many Celtic fans, who weren’t happy with how he played. They took to Twitter and began talking.

What did Celtic fans make of Edouard?

“Need to take edouard off. Hes at it here.”

“Edouard playing like he has a medical this week.”

“Edouard’s already on Brighton beach. I love the guy and appreciate everything he’s done for us but this is unacceptable. If this is his last game it’s a pitiful end.“

“Get edouard off guy is holding us back.”
Credit: @rabcraig1962
“That ball was inch-perfect for Edouard to leap and put in the net. Guy is absolutely criminal how much he doesn’t put himself about.“

“That was pathetic from Edouard there. Not even an ounce of effort to attack that ball.“
Credit: @ciaranforemann
“Edouard no even interested is he?“

Many of these Celtic fans believe that Edouard isn’t fully committed to the club and they’d be happy to see him leave.

Edouard has been linked with a move to Brighton recently, with the Seagulls having already made a move for the Frenchman. They are said to be offering a fee of £18.5 million for the striker.

Edouard’s goals per 90 minutes tally did reduce last season and it suggests that this summer might be a good time to let him go, considering the lack of improvement in the goalscoring statistics. So it won’t be a surprise if he does leave.