Many Celtic fans have been talking about the club’s links with a move for Rennes defender Brandon Soppy.

Journalist Ekrem Konur recently tweeted about Celtic’s chase of Soppy, stating that the Hoops have offered a fee of £3 million for the 19-year-old. The player has a lot of offers on his plate though with Rennes continuing to negotiate a contract extension for him too. It has been suggested that he would be available for a fee of £4.3m.

Should Celtic pay the money for Soppy? 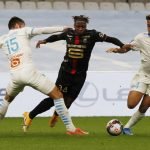 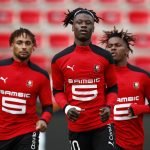 This comes after Fabrizio Romano had reported about Soppy, claiming that the Hoops are interested in him and they’ve opened talks to sign him too.

Konur’s update was relayed on Twitter by Everything Celtic. Many Bhoys fans began talking about this news.

“Just offer what they want why do we always do this.”

“Doubt it’s true. If true though its prime celtic isn’t it. We want 20 mill for Ajer but knock back bids of 12 mill. Yet we won’t meet Rennes price for Soppy Couldn’t mark there necks with a blow torch. This rumble on till CL deadline then disappear…..”
Credit: @ThomasOhara15
“We received enough from Hendry , Bayos and Elhameds sales to afford 4.3 mill never mind the frimpong money and the 15 mill we should be getting from Ajer Rugby boy not impressing anyone.”

“So rennes want over 4 million for him and we offer 3… a hate this club.”

Soppy is a product of the Rennes youth academy and he broke into the club’s first-team only last season, playing just nine Ligue 1 games for the side, whilst also playing a couple of times in the Champions League (as per Transfermarkt).

Celtic have just Anthony Ralston as a right-back option right now, which shows that the Bhoys need depth in that position. Soppy is still young and he may still improve in the future, so signing him will be a wise move for Celtic.

In other news: ‘Frightening’, ‘It really annoys me’ – Many Celtic fans fume as transfer news emerges