Many Celtic supporters have been talking about the latest tweet from Pete O’Rourke that emerged on social media recently.

Journalist O’Rourke recently tweeted a transfer update regarding Celtic, stating that the Hoops are now in talks to sign Kyle Edwards this summer following the 23-year-old’s recent exit from West Bromwich Albion.

Is Edwards good enough for Celtic? 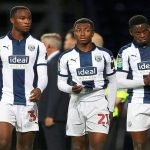 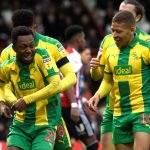 Edwards is currently a free agent having spent the last six years at The Hawthorns. In total, he’s played 49 times for the Baggies in his career.

O’Rourke’s tweet about Celtic drew the attention of many Hoops supporters, who made their views clear about this rumour.

“37 appearances in 7 years at the club, 8 last season doesn’t fill me with hope.”

“He’s played 37 games in 6 seasons, described on Wikipedia as a footballer and a musician. Pass.“

“We have been watching him for 3 year along with Harper.“

These Celtic fans don’t seem too happy by this news and they don’t seem to want Edwards at their club in the future.

While Edwards played only five games in the Premier League last season, he featured in 26 games in the 2019/20 Championship campaign but could score only twice. He also spent time playing for the West Brom Under-23s last season, where he scored just one goal in five appearances (as per Transfermarkt).

Those aren’t promising signs and considering that Edwards doesn’t seem to have been in the goals recently, it might be better for Celtic to steer clear of him.

In other news: ‘I was actually quite surprised’ – Ex-agent ‘excited’ after seeing Celtic deal