Lots of Celtic supporters have been discussing a news update that emerged on social media recently.

French outlet Le Parisien has recently reported that Celtic have opened talks with Rennes to sign full-back Sacha Boey. It has been suggested that Celtic have submitted an undisclosed offer for the defender and the sides are in talks over a potential move.

Other French clubs are also said to be interested in the youngster, but the Hoops are said to be leading the race for the player. 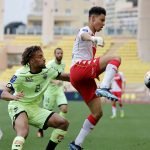 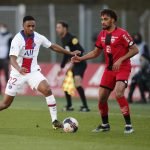 This update was relayed on Twitter by Get French Football News. Many Celtic fans flocked to the update and began talking about it.

“THAT’S IT! I’m done supporting this stupid club. The constant letdown, I’M SICK OF IT! I have been a loyal supporter since 2020, and I’ve had enough! I’m going to support East Fife, they play real football.“
Credit: @corwao
“We all seen the second tweet.”
Credit: @JShaw1888
“Different personnel, same chequebook.”

Boey spent the 2020/21 campaign on loan at Dijon and made 24 Ligue 1 appearances for his loan side, getting a single assist. In his career so far, Boey has made 12 appearances in all competitions for the Rennes senior side.

Celtic, as things stand, only have Anthony Ralston as their out-and-out right-back option in the squad, though he wasn’t trusted enough last season, which shows that they probably need another right-back.

Boey is young and could be a cheap option to fill the role. And he may yet improve as a footballer, so there’s clearly quite a margin for profit for Celtic in this deal.

In other news:  ‘We’re in serious trouble’ – Many Celtic fans livid as ‘unbelievable’ transfer news emerges