Coll was talking about many topics involving the Hoops when he appeared in the latest video on his YouTube channel, where he spoke about Celtic’s potential move for Bologna and ex-Hearts defender Aaron Hickey. He believes that the youngster is exactly the sort of signing the Bhoys should be making.

Is Hickey good enough for Celtic? 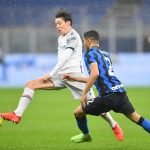 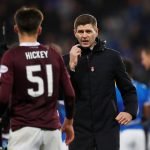 Hickey has played for the Celtic junior side in the past, but he joined Bologna from Hearts last summer despite interest from the Hoops. However, they are said to be closing in on a move for him this summer, as per SunSport.

Coll believes that Hickey fits the model of the sort of signings that Celtic should make, as he even fits the bill for being an Ange Postecoglou type of player.

He said: “He [Postecoglou] wants dynamic full-backs, he wants players who can get up forward on the pitch, put a high press on and also be back defensively and have a defensive mind as well. So I think Aaron Hickey fits that model, I think he will be a good player.

Hickey happens to be a Celtic fan and since he’s been at the club in the past, it might not be tough to convince him about a move.

Greg Taylor is an option at left-back, but the Scotsman wasn’t quite a regular last season, while deputy Diego Laxalt has recently departed. So having another left-back in the side would be a good option for the Hoops and since Hickey has experience of playing in Scotland and he’s a Celtic fan, he could well be a reliable signing for the Hoops.

In other news: ‘Please be true’, ‘Could be a good week’ – Many Celtic fans excited as ‘great news’ emerges