Podcaster Enda Coll has spoken about the future of Kristoffer Ajer and the possibility of him leaving Celtic this summer.

Coll was discussed many things involving Celtic when he appeared in the latest video on his YouTube channel. He gave his views about multiple potential transfers for the Bhoys, discussing the idea of Ajer departing this summer.

It has been reported that Norwich City are set to go back in with a £12 million bid for Ajer and they’re also willing to offer a deal with future add-ons.

Is this the right time to sell Ajer? 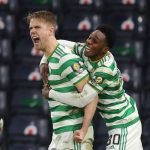 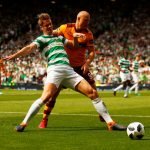 Coll talked about Ajer’s potential exit this summer, stating that moving the Norwegian on will make sense from a footballing and business point of view.

He stated: “Celtic paid £500k-£600k for Kristoffer Ajer initially, so £12 million plus add-ons is a pretty good return on your investment and that’s what Celtic need to do.

“And to be fair, with one year left on his contract, it’s better to just cash in now – £12 million for him, than give him off for free next season. So it’d make perfect business and football sense for Celtic to get rid of Kristoffer Ajer.”

The Hoops signed Ajer from Norwegian outfit Start for a fee of only £540k (per Transfermarkt) and since then, the defender has played 176 times for the Bhoys while operating in three different positions for the club.

It shows that he has been a player who has more than justified the fee he signed for. With his current deal running out in the summer of 2022, this summer is Celtic’s best chance of earning a fee from Ajer’s sale, so selling him to Norwich for the reported fee might be a wise move from the club, as Coll suggests.

In other news: ‘The pieces are starting to come together’ – Many Celtic fans buzz as ‘beautiful’ update emerges