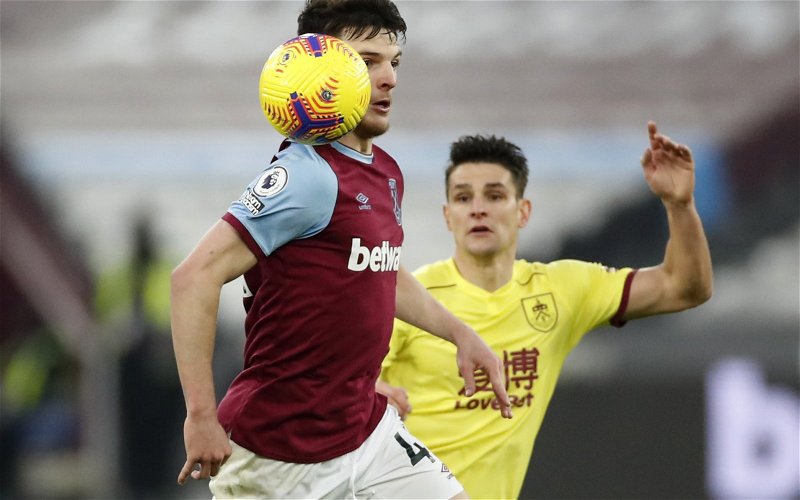 Reports have previously suggested that Manchester United have explored the possibility of swapping Lingard with Rice. The West Ham midfielder has already rejected two contract offers from the Hammers, which might be an indication of his willingness to leave soon.

Sheth appeared on the latest edition of the Tier 1 Podcast on the Stretford Paddock YouTube channel where he discussed the possibility of such a deal.

The Sky Sports journalist claimed that these suggestions have been laughed off by the Hammers and it may not be possible.

He claimed: “Whenever I speak to West Ham, it’s kind of like laughed off when I’ve almost suggested anything along those lines. Because West Ham are adamant that Declan Rice will not be sold in this transfer window. Of course, we know money talks and that can change, but as it stands, there’s no plan in place for West Ham United to sell Declan Rice.”

There have been suggestions that West Ham value Rice at around £100 million. Man Utd, though, want a fee of £30 million for Lingard, which shows that there is a big difference in valuation for the two players and as a result, a direct swap of the two without a cash sum may not make too much sense.

Rice has been a pivotal part of the West Ham side for many seasons now and he’s always picked up an impressive run of WhoScored ratings considering his short career to this point.

The Hammers will be playing in the Europa League this season, so they’d need their best players. Because of that, keeping Rice around will make sense.