West Ham United insider @ExWHUemployee has been sharing some details on Hammers winger Felipe Anderson and a potential transfer away from the east London club this summer.

This comes after Ex co-hosted a recent episode of The West Ham Way Podcast, where he discussed a range of subjects concerning David Moyes’ side.

On the topic of Anderson, who recently returned to the club after his loan spell from FC Porto came to an end, Ex revealed the latest on the player and the possibility of him securing a transfer away from the London Stadium this summer.

Speaking on Monday’s edition of the podcast, he said: “In terms of players out, I know that Lazio are interested in Anderson and there have been some reports that he’s almost on the brink of signing for them.

“Now, I’m not sure it’s as close as has been reported, but certainly, I do know that Lazio are interested in him and the talks are progressing with the two clubs, and they hope for him to move to Lazio.

“There had been no official offer a couple of days ago, but I do know that Lazio are keen, and I think within the last 24 hours, there’s been some movement to try and get him to go to Lazio.

“I think personal terms will be okay. It’s what Lazio pay, if anything, to get him, so we’ll see what happens there.”

West Ham signed Anderson back in the 2018 summer transfer window from Lazio for a fee of £34.2 million. Overall, the 28-year-old, who is currently valued at £9 million, has made 73 appearances for the Hammers across all competitions in which he has managed to score 12 goals and provide 13 assists along the way (per Transfermarkt).

As Ex mentioned in the podcast, it has been recently reported that Anderson’s former club Lazio are interested in signing him once again this summer.

Given how the Brazilian only managed to make 10 appearances for Porto last season across all competitions and only grabbed one assist during that time, this probably doesn’t put him in a good position to be a regular player for West Ham moving forward.

Do you think Felipe Anderson has a future at West Ham? 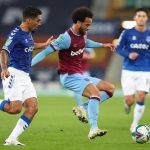 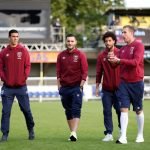 In our view, unless Moyes wants to keep hold of Anderson and has plans to use him as a regular squad player, then perhaps selling him and picking up as much money for him as possible would be the best option for all parties.