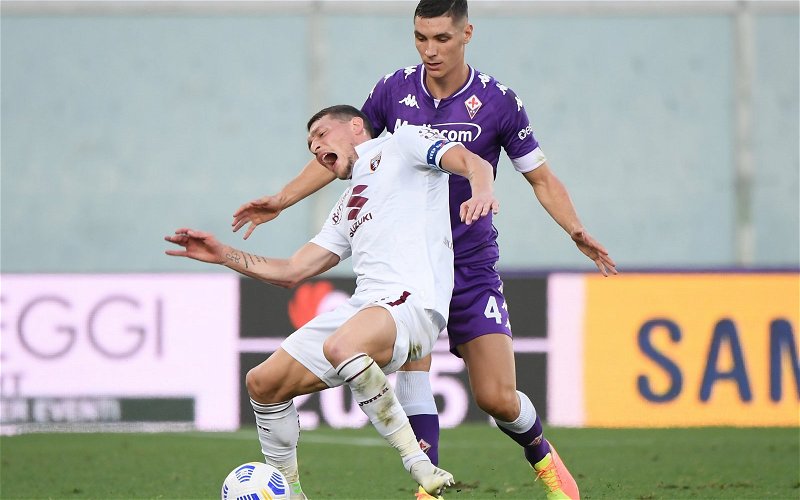 This comes after Ex co-hosted a recent edition of The West Ham Way Podcast, where he spoke about a number of topics concerning David Moyes’ side.

On the subject of West Ham’s reported interest in Milenkovic, Ex had this to say on the matter.

He said: “What’s worth noting as well is that Nikola Milenkovic – he’s the Fiorentina Serbian defender – his value has been decreased recently when we first started going into him. They were sort of talking £25m-30m, but now they’re sort of prepared to accept a bit lower.

“And I think what we’re realising is, is that clubs are actually more desperate to sell than they’re initially letting on, and by playing hard in some ways, we’re getting better values for money.

“So, there are still talks going on with him, things can progress there quite quickly.”

Fiorentina signed Milenkovic back in the 2017 summer transfer window from FK Partizan Belgrade for a fee of £4.59 million.

Since then, the 23-year-old, who is currently valued at £22.5 million according to Transfermarkt, has made a total of 133 appearances for the Italian club across all competitions, in which he has managed to score 11 goals and provide one assist in the process.

Taking into account how only two outfield Fiorentina players that started more than three Serie A games last season picked up a higher overall season rating than Milenkovic according to WhoScored, it’s easy to see why the Hammers have reportedly been interested in bringing the defender to the London Stadium this summer.

Also, given how they were linked with him last summer as well and how they may be able to secure him for a lower than expected fee as Ex mentioned, we feel that the club should definitely pursue this potential deal if they are indeed poised to secure a bargain.