The midfielder started every single game for England during their journey to the final of Euro 2020 and that may have increased the demand for the midfielder, with Chelsea strongly interested in him. 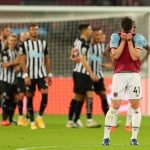 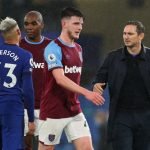 Rice was released at a young age by the Blues, but that has not stopped Thomas Tuchel from holding a strong interest in the midfielder and could well link up with his friend Mason Mount this summer at Stamford Bridge.

Speaking on The Done Deal Show, Jones gave an insight into what Rice thinks of a move to Chelsea this summer.

“When Chelsea do get things wrong, it doesn’t mean that they’re never going to go back to these people, and from what I’m told, Declan Rice doesn’t hold any grudges.

“He’s quite excited about the idea that Chelsea want him back, I think he’d go back there with a smile on his face and say, what are you doing lads, why didn’t you trust me? Of course, I was going to be fine.

“That’s just the kind of character he is, he’s a massive character, he’s such a nice lad and Chelsea want that in their dressing room as well. Thomas Tuchel is an admirer of Declan Rice.”

It appears inevitable that Rice will leave West Ham given how long the rumours have persisted for, but whether that will happen this summer or next summer still remains to be seen, and with the Hammers able to offer him European football this season, that may just convince him to stay for one more season.

Rice doesn’t appear to be trying to force a move away from the London Stadium despite turning down a new contract offer, so you would imagine it would still require a huge offer from Chelsea to tempt West Ham into selling him.