Journalist thinks West Ham would be keen on Danny Ings, although feeling not mutual 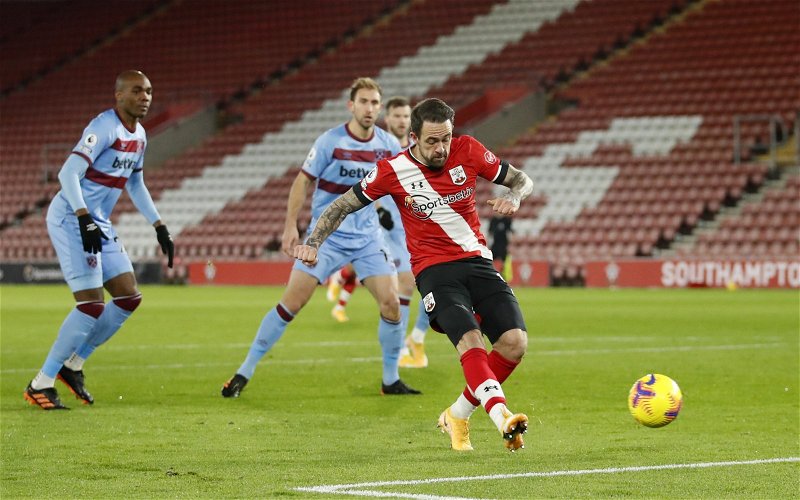 Jack Rosser, of the Evening Standard, reckons that West Ham would be keen on signing Danny Ings, but has doubts over whether the Hammers can match his ambition.

The Southampton striker, currently in the last year of his contract on the south Coast, rejected Saints’ recent offer, and appears likely to leave the club this summer.

Do you think West Ham should give up on trying to sign Lingard?

Ings has scored 34 Premier League goals across the last two seasons but wants to play in the Champions League after injuries halted his chance of achieving that feat at Liverpool.

Tottenham and Manchester City have been mentioned as a potential destination for the England striker, although he’d be unlikely to be first-choice at either.

Therefore, Rosser told This is Futbol that the Hammers, still looking to bring in another frontman after losing Sebastien Haller in January, would be interested in Ings, but convincing the Southampton man could prove an issue:

“I think they would be interested in him, whether it’s one that he would make, I’m not sure. I’ve heard suggestions that he doesn’t think Tottenham are big enough, so you look at West Ham and think why would make that move?”

Ings would certainly be a regular starter for West Ham and would score goals with the likes of Said Benrahma, Jarrod Bowen and possibly Jesse Lingard playing around him.

However, if he’s persistent on playing in Europe’s elite competition, then that rules out David Moyes’ men.