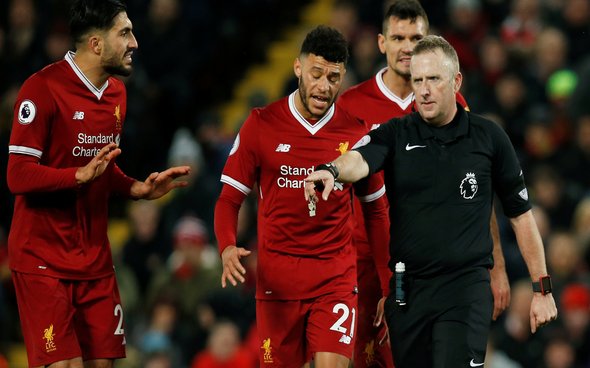 Having clinched a place in the Europa League thanks to registering a record Premier League points tally last season, Hammers boss David Moyes is looking to add strength in depth in the transfer window.

West Ham have been linked with making a move for Oxlade-Chamberlain, who made just 17 appearances in another injury-hit campaign with Liverpool.

While England international Declan Rice and Tomas Soucek – who was the Hammers’ joint top goalscorer last season – have nailed down the two central midfield positions, club captain Mark Noble is heading into his final season before hanging up his boots.

Promising youngster Conor Coventry is yet to make his Premier League debut despite being named on the substitutes’ bench a handful of times last season, so Moyes is keen to improve his midfield options.

However, former Hull City striker Windass does not think Oxlade-Chamberlain, reportedly available for just £17m, will be plying his trade at the London Stadium by the time the transfer window slams shut.

Speaking exclusively to TIF, Windass said: “I don’t see Oxlade-Chamberlain as a central midfielder, I see him as a wide player.

“Out wide, West Ham have already got Said Benrahma and Jarrod Bowen. They paid a lot of money for Benrahma and there is a great opportunity for him to play a bigger part in the upcoming season.

“It’s a chance for him to stamp his authority on the team and I can’t see West Ham signing Oxlade-Chamberlain.

“West Ham have obviously got Declan Rice and Tomas Soucek in the middle of the park. I think Moyesy will be thinking more defensively now and looking at how he can strengthen his defence.”