Get French Football News features editor Adam White has urged West Ham United to decide against pursuing Duje Caleta-Car as they already have better options at the club.

Marseille defender Caleta-Car has been a long-term target of the Hammers, with the east Londoners tabling bids last year before seeing the Croatian turn down a move due to wanting to feature in the Champions League.

However, with West Ham being able to offer Europa League football as a result of recording a club-record points total in the Premier League and finishing sixth in the standings, boss David Moyes has been keen to revisit the situation.

Would Duje Caleta-Car be an ideal signing for West Ham? 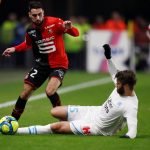 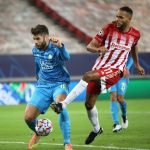 Despite already having the likes of Angelo Ogbonna, Craig Dawson and Issa Diop as central defensive options, the Hammers have revived their interest because of wanting strength in depth ahead of a European campaign.

Caleta-Car, who featured for Croatia at Euro 2020, made 39 appearances for Marseille last season.

But Adam White believes West Ham should focus their attentions elsewhere as he would not beat Ogbonna, Dawson or Diop to a regular starting spot.

Speaking exclusively to TIF, White said: “I would argue Issa Diop is a far stronger defender and better technically despite being out of the team for spells of last season. He is more suited to the Premier League than Caleta-Car.

“He is quite good from set pieces but, in a quicker Premier League, he might be exposed.”